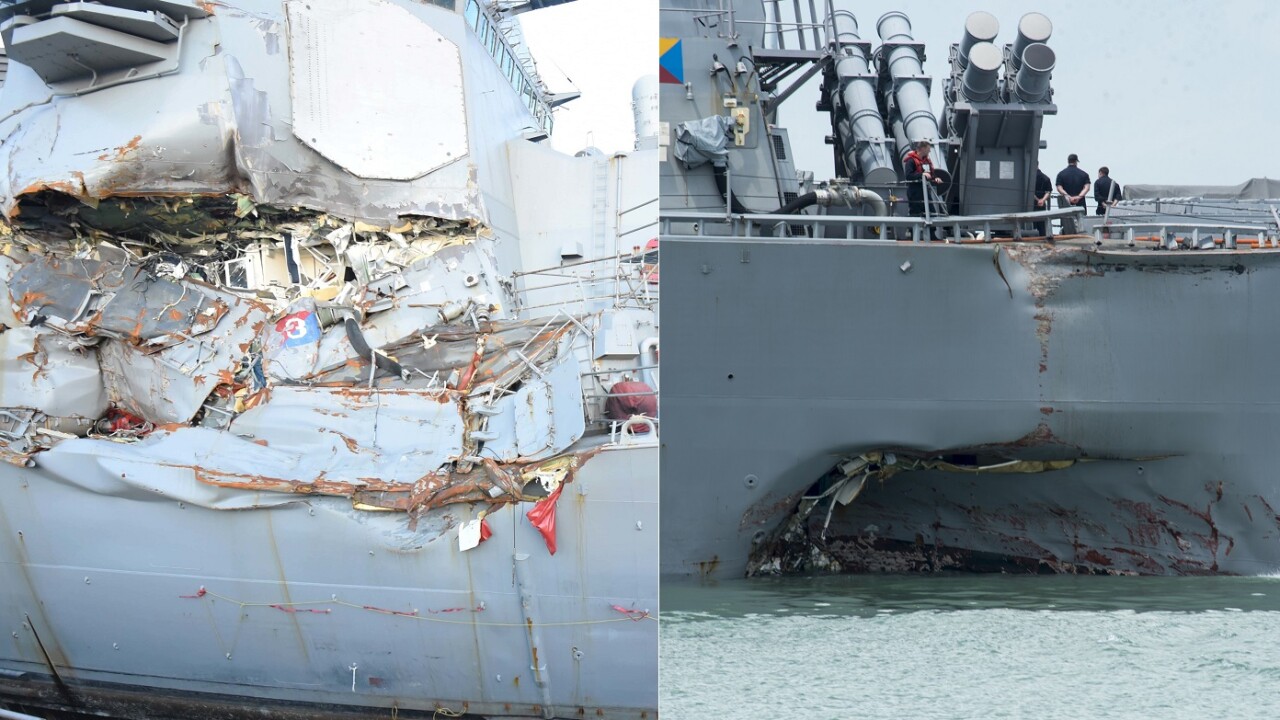 Two US Navy destroyers involved in deadly collisions this year — the USS John S. McCain and USS Fitzgerald — had lengthy records of expired training certifications and some requirements had lapsed for more than two years, according to a new report obtained by CNN.

New data submitted by the Government Accountability Office in response to questions from Rep. Joe Courtney, a Connecticut Democrat, confirmed CNN’s previous reporting that both the McCain and Fitzgerald failed to fulfill key training qualifications ahead of the incidents that occurred this summer.

Seven of the McCain’s 22 certifications were expired as of June 26, 2017 — two of which had lapsed for more than two years, according to the report.

The crew had failed to renew its cruise missile qualification for 28 months and its surface fire support training for 26 months, the data reveals.

The Fitzgerald had 15 of 22 expired certifications as of the same date and most of its training requirements had lapsed for nearly a year.

In September, CNN first reported on the ships’ dismal training records and the latest GAO assessment continues to shed light on one factor that may have contributed to the two collisions with commercial ships in June and August, which killed 17 sailors.

Courtney said in an interview that he was particularly concerned to learn of the length that some of the certifications had lapsed.

“This is not some temporary coincidence or confluence of a momentary event — that list describes a chronic issue,” Courtney said. “I think it loops back to the fact that why are standards in the 7th Fleet not being maintained at the same level as other parts of the Navy in other parts of the world?”

The US Navy and Pacific Command did not immediately respond to CNN’s request for comment.

When CNN first reported on the certification data in September, a Navy official argued that the GAO was focused on higher-level warfighting certifications and not the nuts-and-bolts certifications for operating ships where the Pacific fleet’s destroyers and cruisers have a better record.

John Pendleton, the GAO’s director of defense force structure and readiness issues, testified earlier this year that eight of the 11 destroyers and cruisers in the Pacific, or 73%, had expired training certifications for seamanship and undersea warfare, and 64% had cruise missile and surface warfare certifications that had expired.

Pendleton said at the time that seamanship stood out as a problem area.

The deadly destroyer accidents — along with two Navy cruiser collisions in the Pacific earlier this year — prompted the dismissal of the Navy’s 7th Fleet commander Vice Adm. Joseph Aucoin, as well as multiple reviews of the way the Navy trains, maintains and deploys its fleet that’s stretched thin.

Preliminary findings in the Navy’s Fitzgerald investigation — which CNN reported in July — determined that the crew failed to understand and acknowledge the cargo ship was approaching and failed to take any action necessary to avoid the collision.

The ship’s commanding officer, executive officer and senior non-commissioned officer were relieved of their duties following the collision.

The USS McCain’s training record was better than the USS Fitzgerald’s, but the ship was still overdue on a majority of its training certifications.

The training records of the McCain and Fitzgerald were worse than the average warship in the Pacific, but they weren’t the only ones with training problems.

GAO testimony released earlier this year revealed that expired training certifications for the Navy’s 11 cruisers and destroyers based in Japan had skyrocketed five-fold from 7% in January 2015 to 37% in June. Two-thirds of the certifications had been expired for at least five months.

Training issues have been particularly acute for ships based in Japan.

The Navy has moved toward a model of basing ships abroad so they can deploy more quickly and frequently, but that method has come at the cost of training and maintenance, the GAO has warned.

According to past GAO reports, ships based overseas had less time for training and maintenance time compared to ships that call US ports home, and Pendleton testified that ships in Japan had no dedicated training periods at all.

US Navy ships in deadly collisions had dismal training records