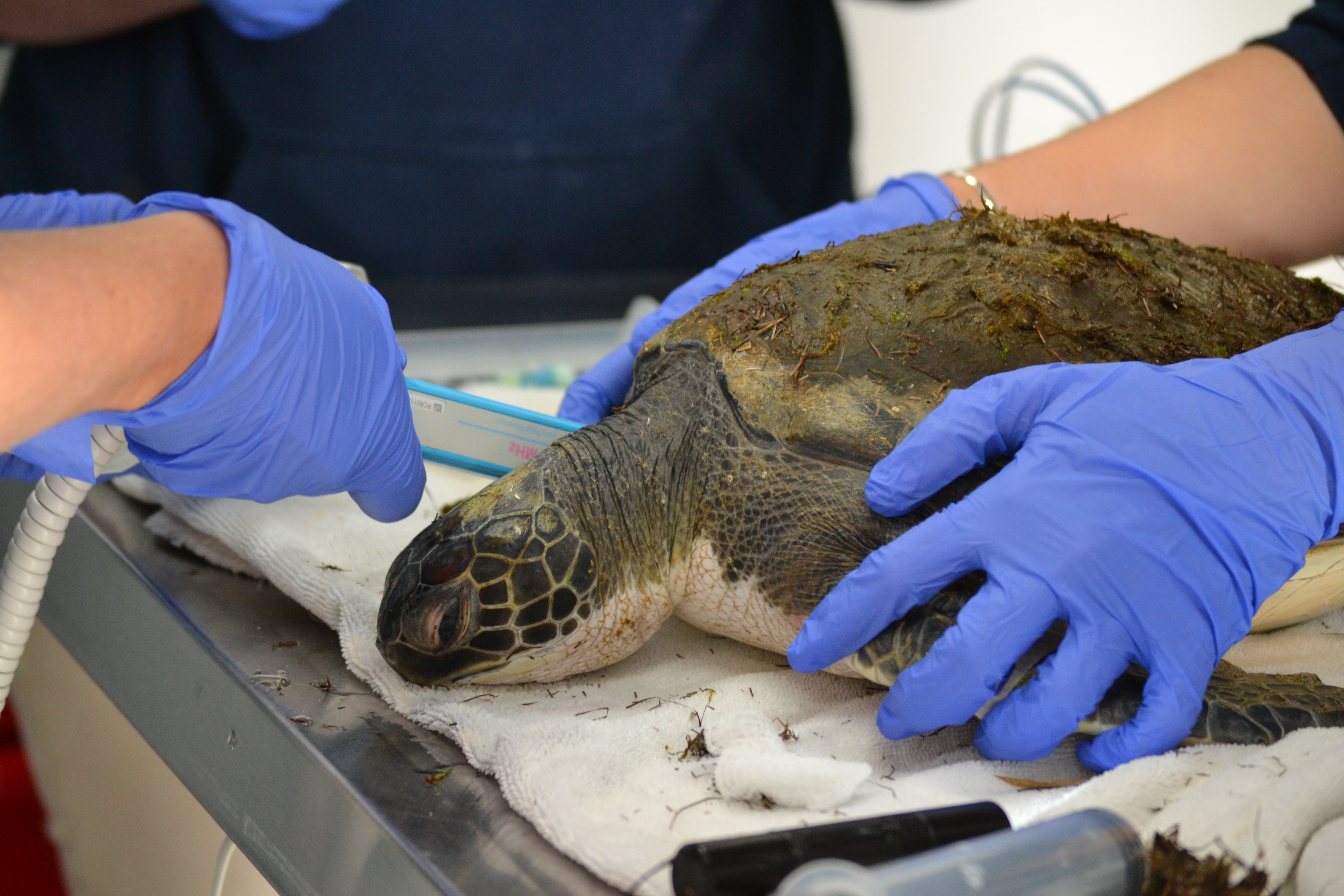 A group of sea turtles that were affected by a drop in water temperatures arrived at the N.C. Aquarium on Roanoke Island this week and are being treated in the Sea Turtle Assistance and Rehabilitation (STAR) Center. In total, fifty-six cold-stunned sea turtles were admitted to the STAR Center.

Cold-stunning occurs when water temperatures drop rapidly before sea turtles have a chance to make their way back to the warmer waters of the Gulf Stream. Affected turtles often experience symptoms akin to hypothermia and are often found stranded on beaches up and down the Outer Banks.

“Cold-stun season is a busy time for us, but we start preparing early to be ready for the turtles,” said STAR Center Manager Amber White. “Thanks to the help of STAR Center techs, volunteers and other Aquarium staff, the intake process has gone very smoothly.”

When cold-stunning strikes, volunteers from the Network for Endangered Sea Turtles (N.E.S.T.) and National Park Service staff are crucial in locating and transporting stranded turtles. Once the turtles arrive at the STAR Center, staff check their responsiveness, record their vital signs, perform bloodwork, check for any trauma and give them fluids. The rehabilitation process involves gradually warming the turtles at a rate of about five degrees a day.

White said there haven’t been any significant injuries or illnesses and that all turtles are in fairly good condition. Once they display normal swimming ability, are eating regularly and pass a final health screening, staff will release them back into warmer waters or from beaches in the southern United States where water temperatures are warmer.

Because the influx of cold-stun turtles creates an increased need for special supplies, the STAR Center launched an Amazon.com wish list where donors may buy specific needed items for the Center.

Anyone who wishes to donate can mail or hand-deliver a check with “STAR” or “Sea Turtle” in the subject line to the NC Aquarium on Roanoke Island, 374 Airport Road, P.O. Box 967, Manteo, NC, 27954. You can also donate online at ncaquariumsociety.com/livingtreasures. (Just use the promo code STAR Center.)

Click here for more information on how to donate items for cold-stun turtles.