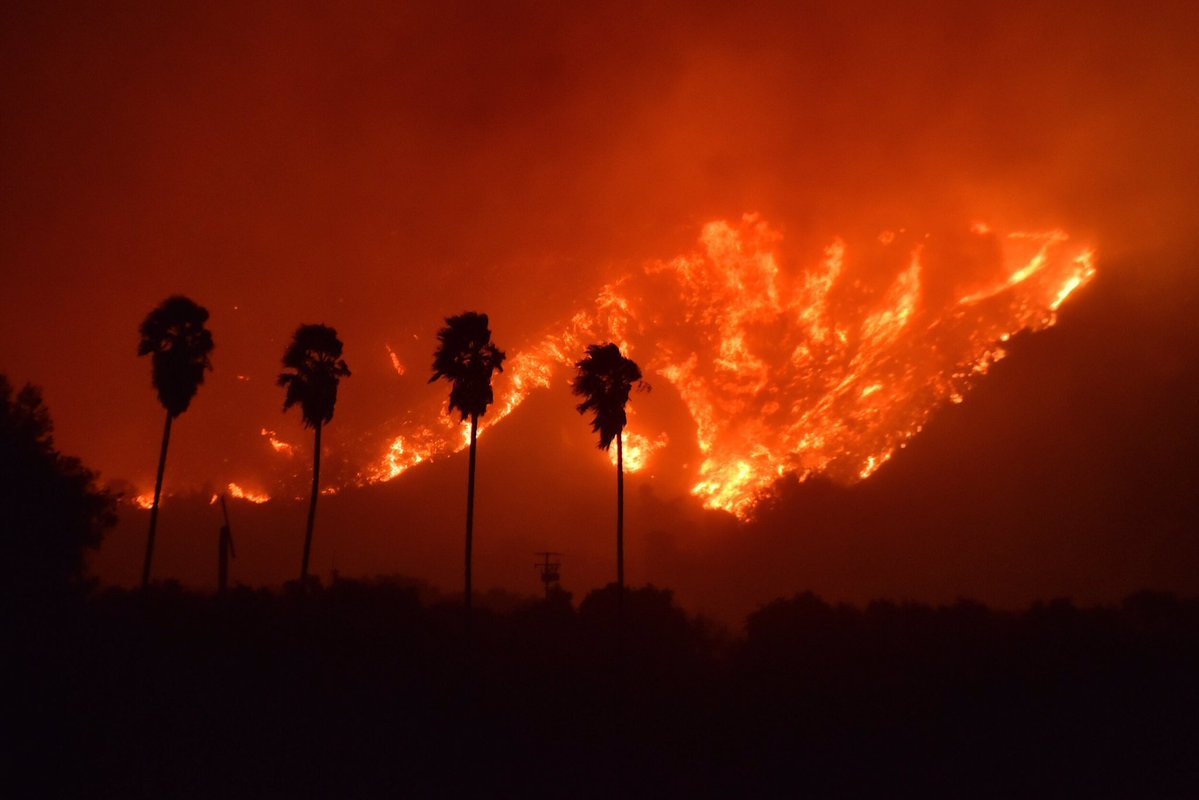 As firefighters continue to battle the Thomas Fire in Southern California, one family is mourning the loss of their own.

A procession was held on Highway 126 in Fillmore on Thursday afternoon to honor Cory David Iverson, a 32-year-old firefighter who lost his life battling the Thomas Fire, the largest of the blazes.

Iverson, who had been a firefighter with the California Department of Forestry and Fire Protection — also known as Cal Fire — since 2009, was a fire apparatus engineer from San Diego, according to a Cal Fire spokeswoman.

He drove a fire engine and was killed on the east flank of the Thomas Fire, Lynne Tolmachoff said. Iverson was with a strike team of two or three other crew members when he was killed, she said. He was pronounced dead on the scene.

Iverson leaves behind his wife, a 2-year-old daughter and an unborn baby, expected this spring. His death is the first firefighter fatality in the most recent string of wildfires in California.

Officials are investigating the incident, said Julia Martony, another Cal Fire spokeswoman, and it will take some time to conclude.

Conditions not expected to improve this weekend

High winds and dry conditions continue to hamper efforts to contain the Thomas Fire, with few signs of improvement heading into the weekend, according to CNN meteorologists. The conditions are expected to help any fires spread quickly.

Santa Ana winds will continue into Saturday and Sunday, said Rich Thompson with the National Weather Service. A fire weather watch is in effect through the weekend, and winds are expected to reach up to 30 mph on mountain ridgetops.

One of six major wildfires burning in the region, the Thomas Fire is already the fourth largest in California history, Cal Fire said. More than 1,000 fire engines and 32 helicopters were involved in battling that fire alone, the agency said.

Mandatory evacuation orders were in effect for swathes of Ventura and Santa Barbara Counties. A full list of evacuations and road closures can be found on the County of Santa Barbara and Ventura County websites.

One other death has been connected to the Thomas Fire: a woman who was killed in a car crash while evacuating last week. Tolmachoff said Cal Fire considers her death to be fire-related.

The Thomas Fire broke out December 4 in Ojai, northwest of Los Angeles. Aided by Santa Ana winds, it quickly spread to the city of Ventura, according to the federal InciWeb fire information website.

More than 1,000 structures have been damaged or destroyed in the fire, and another 18,000 structures are threatened, Cal Fire said. The cause is under investigation.