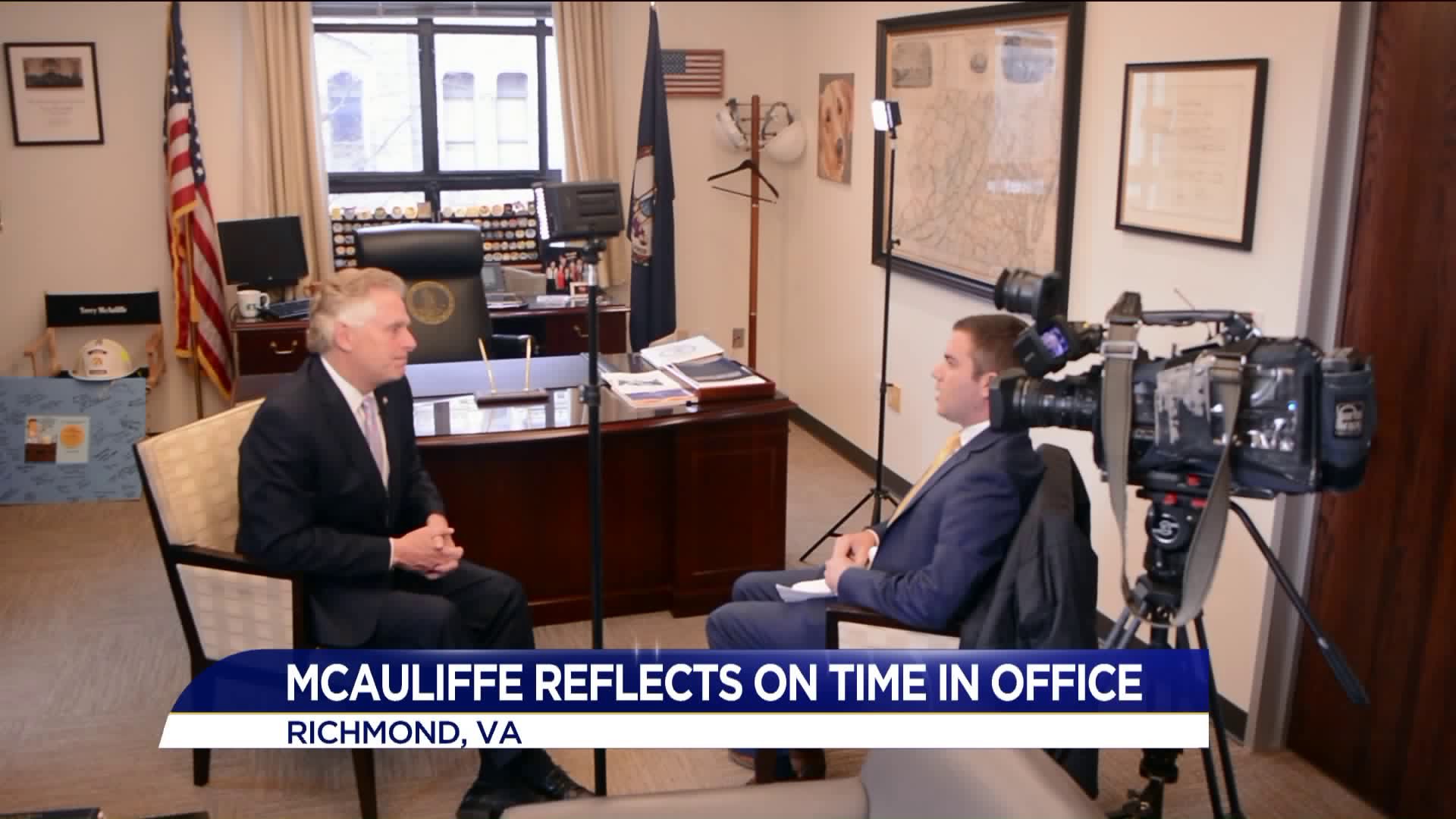 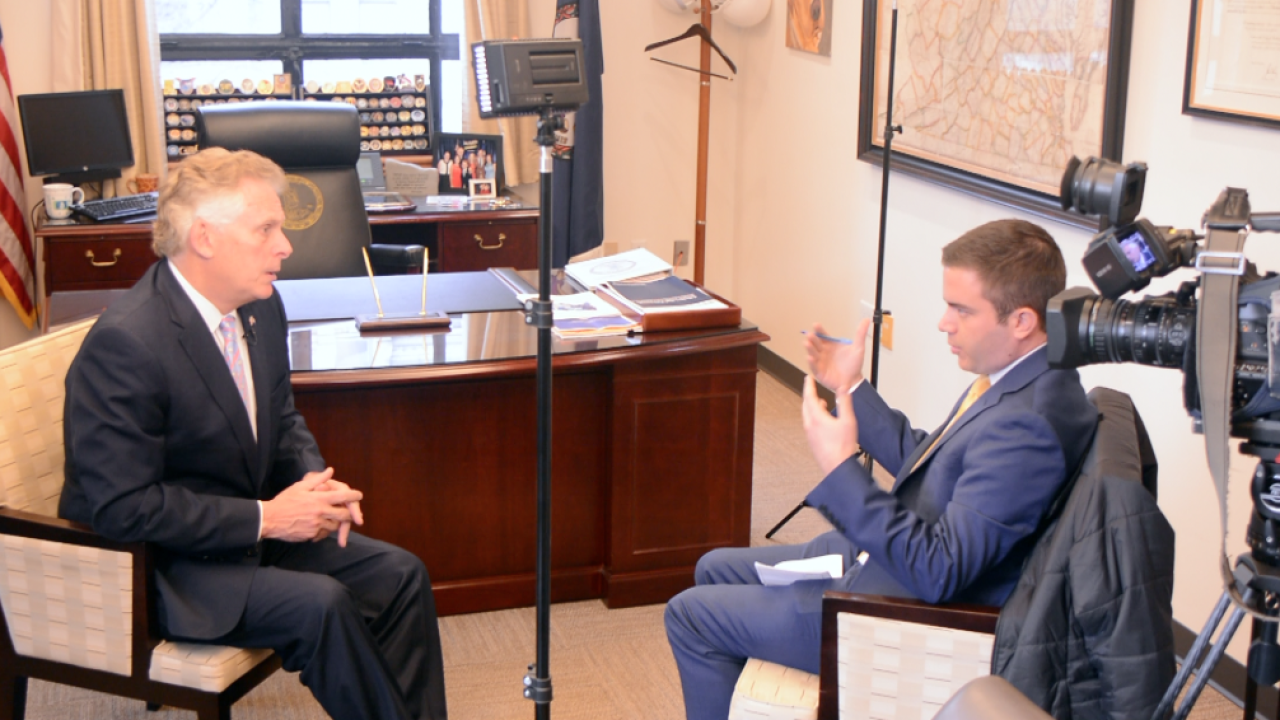 RICHMOND, Va. - Virginia Governor Terry McAuliffe leaves office in January, but says he has no plans to slow down until then.

"I'm going to miss the action. I'm going to be very honest with you," Gov. McAuliffe said in a sit-down interview in his office in Richmond. "I've enjoyed this job more than any governor in the history of America."

Among his accomplishments, the Commonwealth's 72nd governor lists restoring voting rights for felons, bringing in nearly $20 billion dollars in capital investment (although slightly short of the goal he set in 2013), and the state's dropping unemployment rate. "You have a unique ability as governor to really impact people's lives. That's what I'll miss the most."

McAuliffe says his biggest failure was not getting the state legislature on board to expand medicaid, but puts the blame on republicans. "I'm disappointed that we didn't get it done," he said. "There's nothing more I could've done, but this is why people hate politics-partisanship."

In Hampton Roads, he says he's proud of the widening I-64 on the Peninsula and his efforts to lessen the effects of tolls, but wishes there's more he could do to help Portsmouth. "We've really done everything we've been able to do," he said. "It was a bad deal that I inherited and we made the best of the situation."

Soon, his lieutenant governor, Ralph Northam, will replace him. The Democrats' state-wide sweep in November has started a lot of talk about whether McAuliffe will run for president. "Any decisions on 2020 will come in 2019 and there's plenty of time down the road," he said.

With several years to go before a decision, he's certainly not ruling it out. "Anything is possible," he said. "I never take an opportunity off the table. I'd like to be an F-18 pilot too. I'd like to do all these things. What becomes reality? Obviously, time will tell."