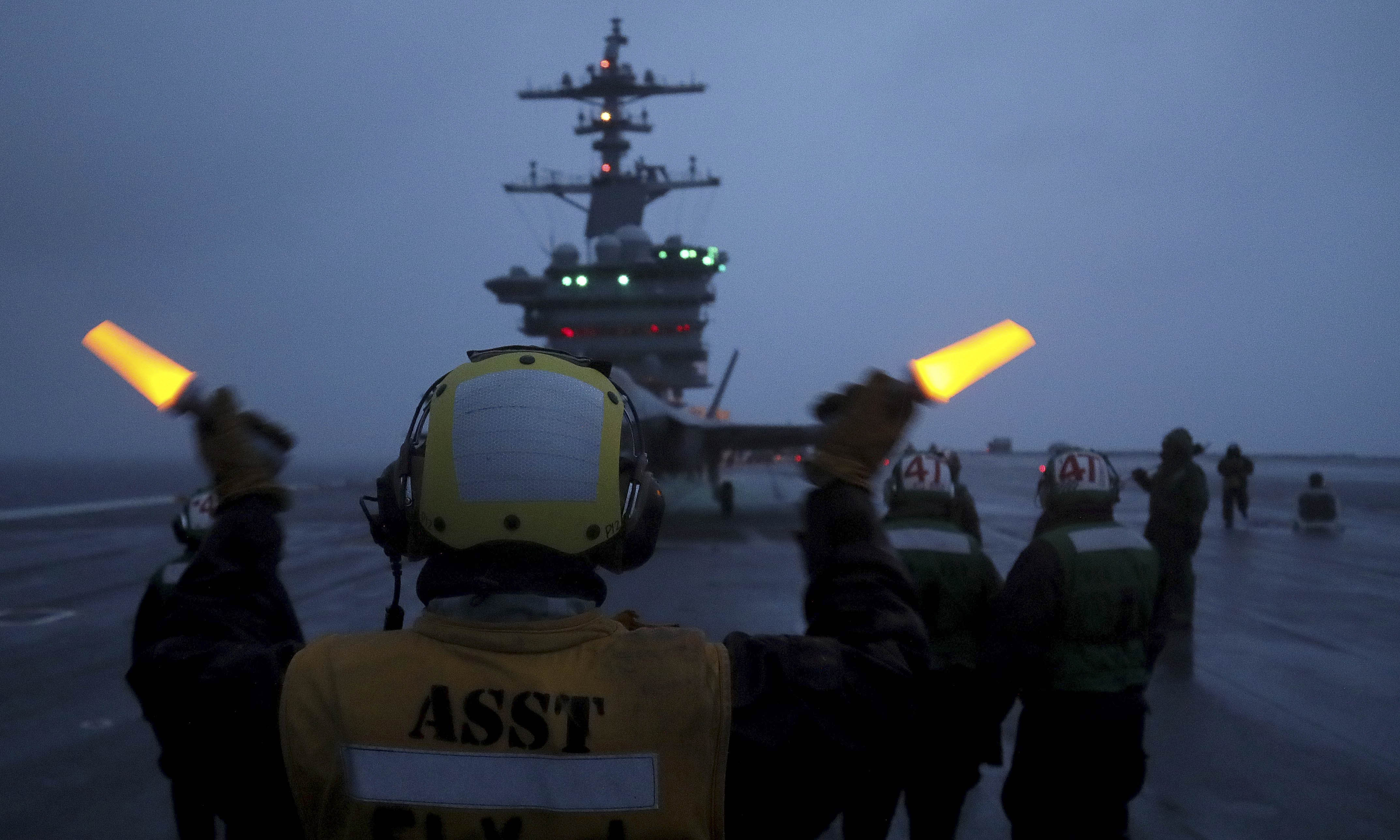 Along with Abraham Lincoln, the “Rough Raiders” of Strike Fighter Squadron (VFA) 125, the “Grim Reapers” of VFA-101, and the “Vampires” of Test and Evaluation Squadron (VX) 9, accomplished many first steps including the first-time use of Autonomic Logistic Information System (ALIS) aboard a carrier and use of the Joint Precision Approach and Landing System (JPALS) in an operational setting.

“Thanks to the tireless work from the VFA-125, VFA-101, VX-9, CVN 72, and the Lockheed Team, this detachment was able to successfully complete numerous milestones that will set the foundation for the future 5th generation employment of the F-35C into the Carrier Air Wing,” said  Cmdr. Scott Hulett, VFA-125’s Executive Officer.

The Lincoln also reached a milestone with system programming. The ship used ALIS, an information infrastructure that allows operators to plan, maintain and sustain a variety of systems over the F-35C, said Navy officials. Officials also said that the ALIS system provides a secure way to transmit up-to-date operations, maintenance, prognostic, support, training and technical data to users and technicians worldwide.

“We could not have achieved our lofty goals without the dedication and expertise from everyone involved. We look forward to working with the CVN 72 team throughout 2018 as we continue to ensure 5th generation power projection from the sea,” said Hulett.

The Navy says that  the success of the F-35C program helps develop the Navy’s next generation fighter and reinforces the goal to deliver it as an operational aircraft to the fleet in 2018.