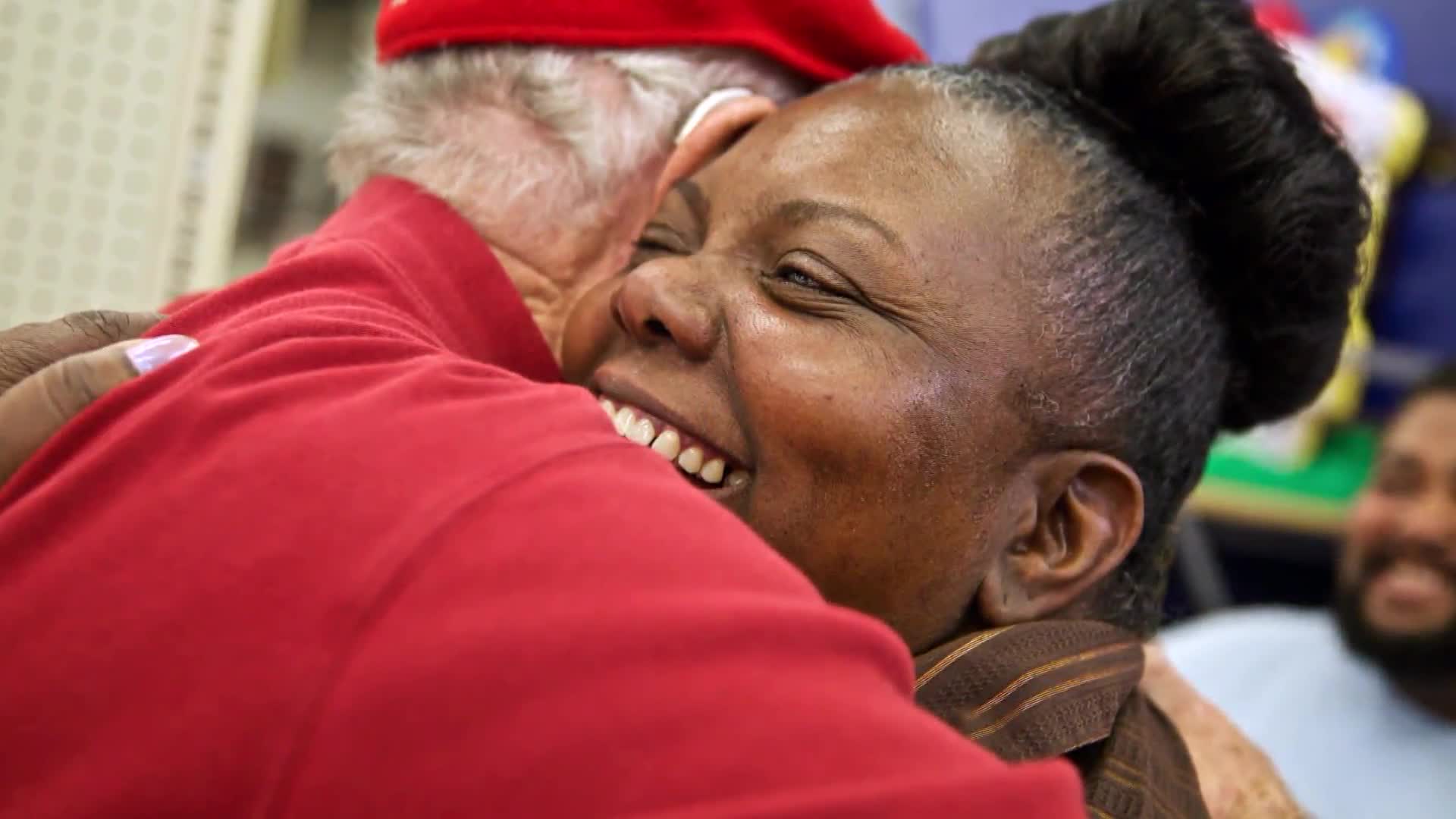 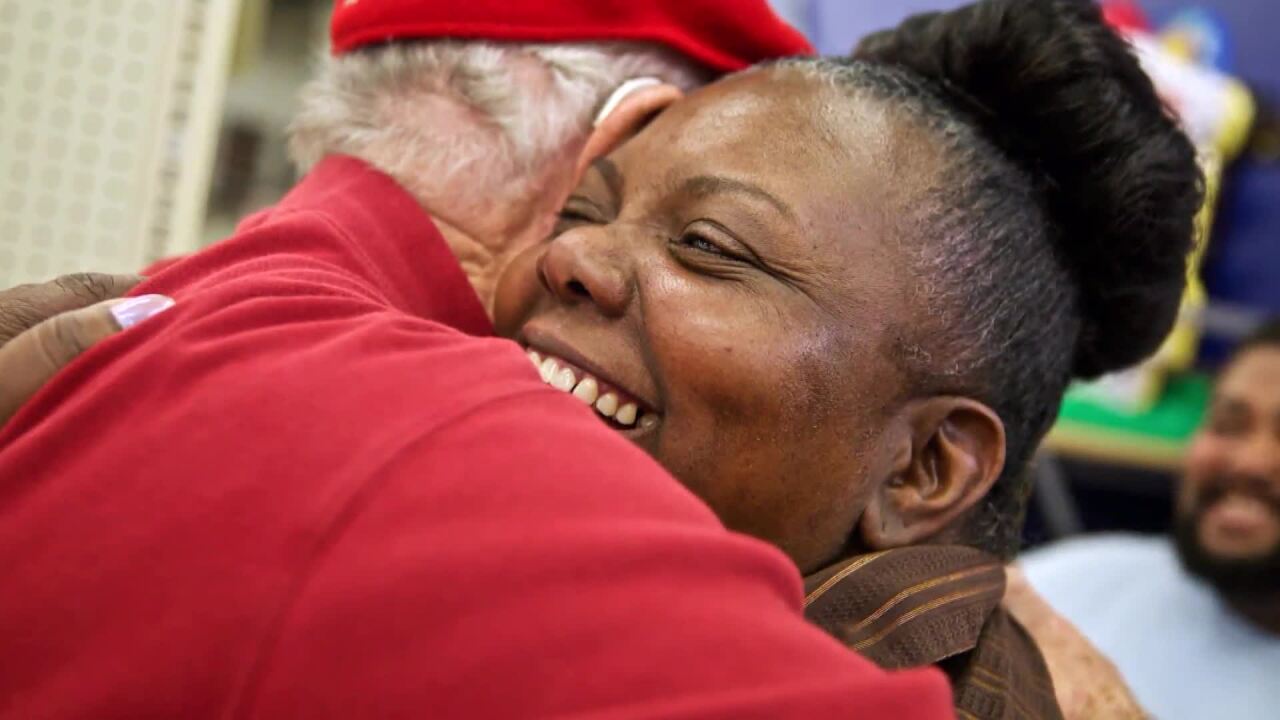 BEAUMONT, Tx. - Joann Petty isn't exactly in the Christmas spirit, and who can blame her?

Four months after Hurricane Harvey flooded Beaumont, Texas, Joann and hundreds like her are still virtually homeless for the holidays. Joann said she lost everything, and couldn't even afford to buy her grandkids Christmas presents -- until now.

That's why the man in red made Beaumont his first stop this year. A Secret Santa gave her $300 -- not much in the scheme of things, but plenty to restore some hope.

That's what this anonymous businessman does every year with his own money. He travels the country giving out about $100,000 worth of $100 bills to random strangers.

But this year was a little different. This year he had a secondary motive -- to call attention to the Beaumont Police Department for their extraordinary sacrifice.

"We had two feet inside the house," said Sgt. Rick Boaz. Half the officers in the department had their homes damaged. And yet, like Boaz, virtually all of them showed up for work the next day. Boaz didn't have the shirt on his back, but said he "felt like I needed to" help those in need after the hurricane.

"I want the officers to know that their heroism, their sacrifice is not unrecognized," said the Secret Santa.

So as a thank you, some of the most affected officers got several hundred dollars each. But the money is not for what they want, but for a greater joy: to give it all away to others in need.

The officers shared emotional moments with people like Tiffany Patillo, who says she's had a few run-ins the with the law before, but none quite like this.

For the officers, turning those tables -- and breaking down those barriers after the year they've had -- is just what everyone needed.

Beaumont will now celebrate Christmas with a fresh start, based on renewed trust and overwhelming kindness, thanks to America's Secret Santa.