Missing blind dog in Poquoson has been found

POQUOSON, Va. - A family in Poquoson that was desperately searching for their missing dog, found him Thursday afternoon on some rocks, near water.

They said Shuto, 9, couldn't find his way home because he's completely blind and that can lessens his chances of survival.

He went missing more than 24 hours ago, before being found Thursday around 2 p.m.

"I've had him longer than I've had my own children, human children. This is a big deal for me. I've lost my child," said Shuto's owner Sarah.

Sarah considers him her first-born.

Behind his smile is a loss of vision. Shuto has glaucoma and went completely blind last year, but although he can't see you, he feels you near.

"He just feels his way around," Sarah said. "We basically keep it to common places like the backyard and the house so he's familiar with our grounds, but when he takes off past fencing he doesn't know where he is."

Sarah said Shuto ran away on the morning of Tuesday, December 19, while her mother went to get bag of treats and left the garage door open.

"He wasn't in the house hiding anywhere. He was just gone. I went looking, but he'd run so far I think because he thought he was in his backyard," added Sarah.

The family put flyers everywhere in the neighborhood and around town to help find the 9-year-old pup.

The family was worried because Shuto can have pain in his eyes without daily medication. 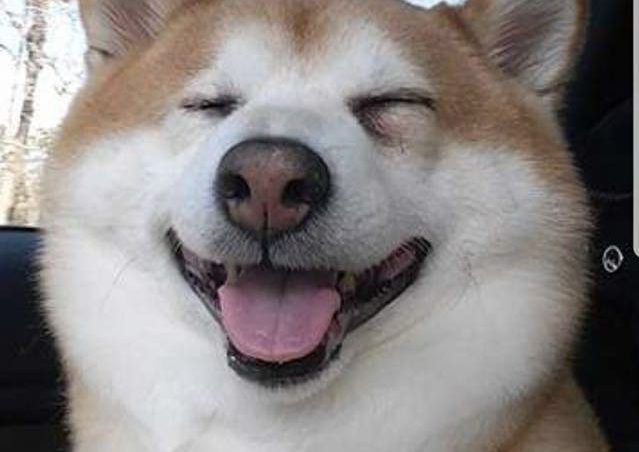