NORFOLK, Va. - A man’s in love with a Christmas tree he planted about 15 years ago.

Experts say it’s massive and a rare find in our area.

Dennis Rizzo said when he got this tree it was just three feet tall now.

Rizzo said he bought this tree about 15 years ago from McDonald Garden Center.

“We had it for Christmas that year. I wanted to plant it outside in the front. My wife said no and I won the battle,” said Rizzo, “I like Christmas. I like the tree. I like everything about it.”

The Navy veteran calls the tree his "baby."

“It's so beautiful. My daughter and my son-in-law wanted to cut the branches. I said nobody is going to touch my baby,” said Rizzo. 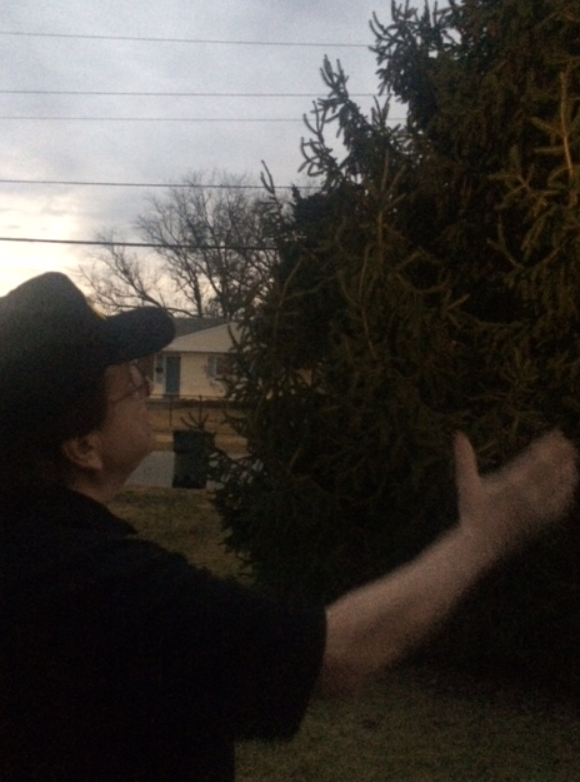 Rizzo said he wanted to put lights on it this year. He said he got an estimate, but it was going to cost them several hundred dollars and he was told it was too expensive.

“I got the money in the bank to do it, but the wife wears the pants in the family,” said Rizzo.

Expert estimate the tree is about 25 feet tall.

“It's taller than the house,” said Rizzo, “It's about as wide as a small mobile home trailer.”

“It's a labor of love. The man is taking good care of the tree,” said Michael Bender, the McDonald Garden Center Tree and Shrub Manager.

Bender said it’s likely a Fraser Fir and it’s rare for this type of tree to grow so big in our region because it is a little too hot for that type of tree.

For Rizzo, it’s more than just a tree; he said it’s part of the family.

Now he hopes the big tree can bring a little cheer to those who pass by.