KILL DEVIL HILLS, N.C.- At the end of the Glenmere Avenue public beach access just before you reach the crisp winter waves,  there’s a bright red mailbox full of holiday gifts in the form of journal entries.

“I’ve always had an idea of having a little red mailbox and maybe a journal kept inside that perhaps we could write a note of hope," Sue Goodrich said.

The heartache from a mother's loss turned into a mission to help others.

“I came here to think, to cry, and I kept hearing her say to me, 'Sue, if you ever feel sad, help somebody else out and it will make you feel better,'” Goodrich said.

Now, years later and after hundred of pages filled with hope, this holiday season is dedicated to those who serve and protect.

"I want all of our heroes' stories to be told and remembered,” Goodrich said.

The mailbox has become so popular Goodrich says this is the 20th journal. With the American flag on the front, the current journal is dedicated to the military. With entries like, “It was worth the 540 miles to get to this mailbox, sincerely, T. Jones ,United States Marine Corps.”

“Nope, they are not going to be home for Christmas, and I just talked to my wife on the phone about that,” Chuch Haskett said.

For a father like Chuck Haskett, whose two sons are serving in the Army and deployed for the holidays, the journal is a reminder their sacrifice is appreciated.

The town has embraced the mailbox so much that they now keep past journals. They are turning them into digital archives that are kept at city hall.

The mailbox became so popular it has even inspired other towns to put their own up including towns in Pennsylvania, Mechanicsville Virginia and Virginia Beach. 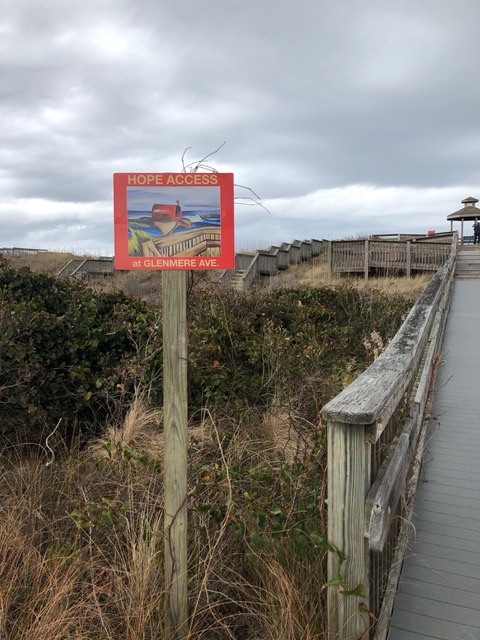