The fire happened in the 700 block of A Avenue and firefighters were being pulled out because of the extent of the fire, officials said.

A dog, Bella, was rescued from the fire but suffered significant injuries from third-degree burns.  She was injured and is currently receiving treatment.

Officials told News 3 the fire started in the back of the home and the house is going to be a total loss. It also caused damage to the homes on either side.

Shannon Smith, one of the tenants in the building, told News 3 that she is planning to put together a GoFundMe to raise money for Bella's medical bills and everything she lost in the fire to help support her five children.

The home is split into three apartment units, but no one was at home at the time of the fire.

Smith's children were not staying with her at the time of the incident.

"Things, clothes, furniture - it can all be replaced. I'm just glad everyone in the building is okay and my children weren't here today," she said.

Smith said the fire brings back tough memories because she lived through a house fire when she was young. 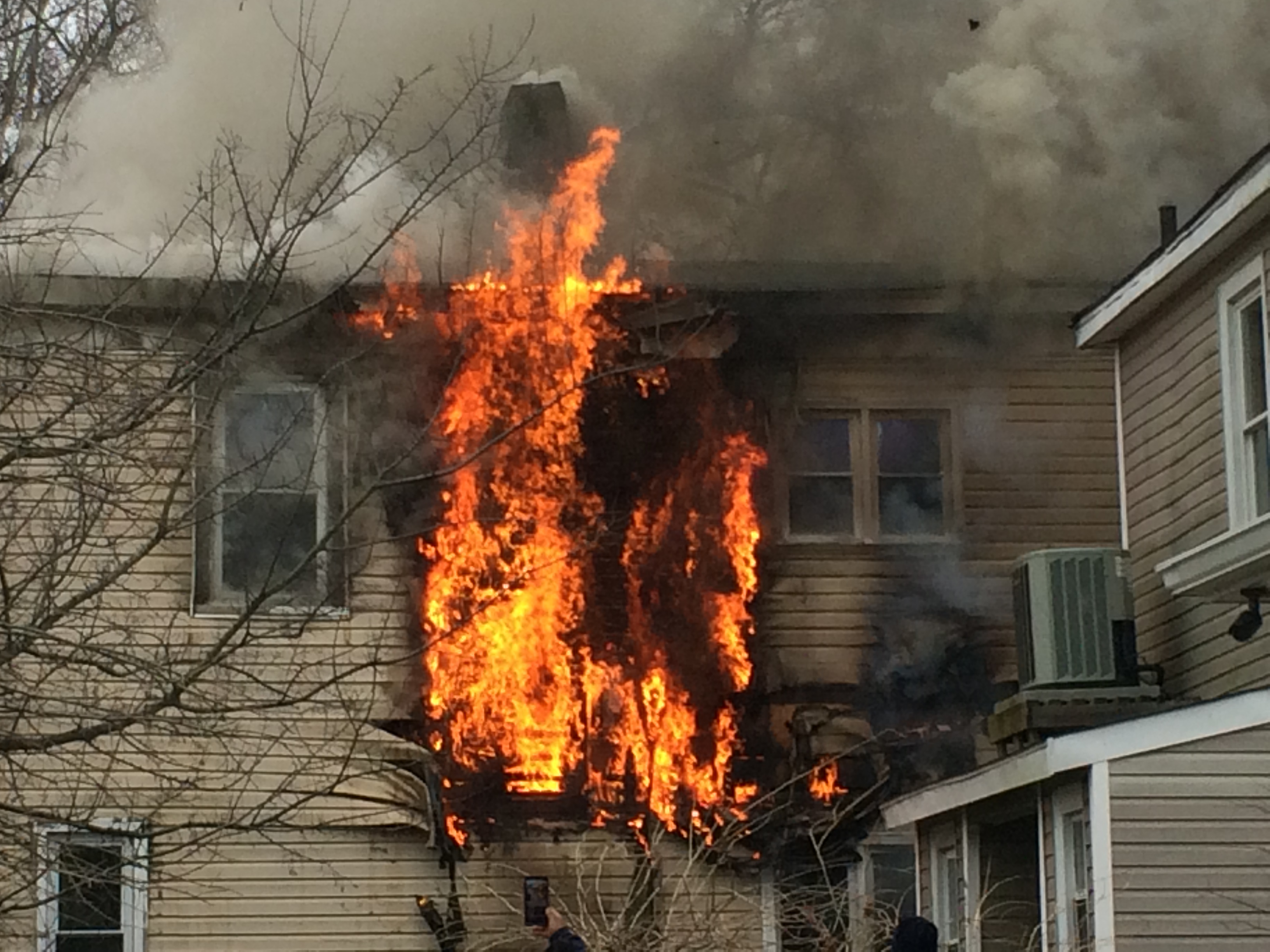