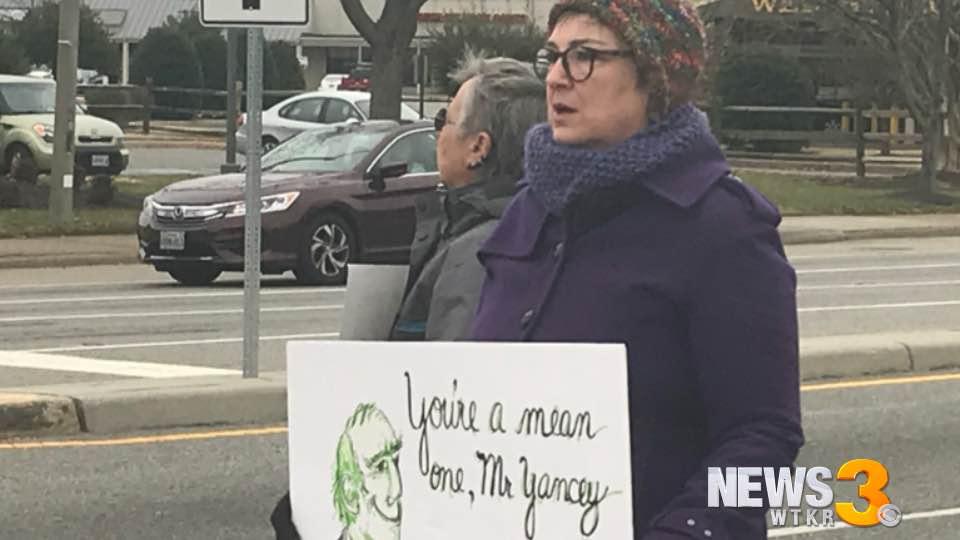 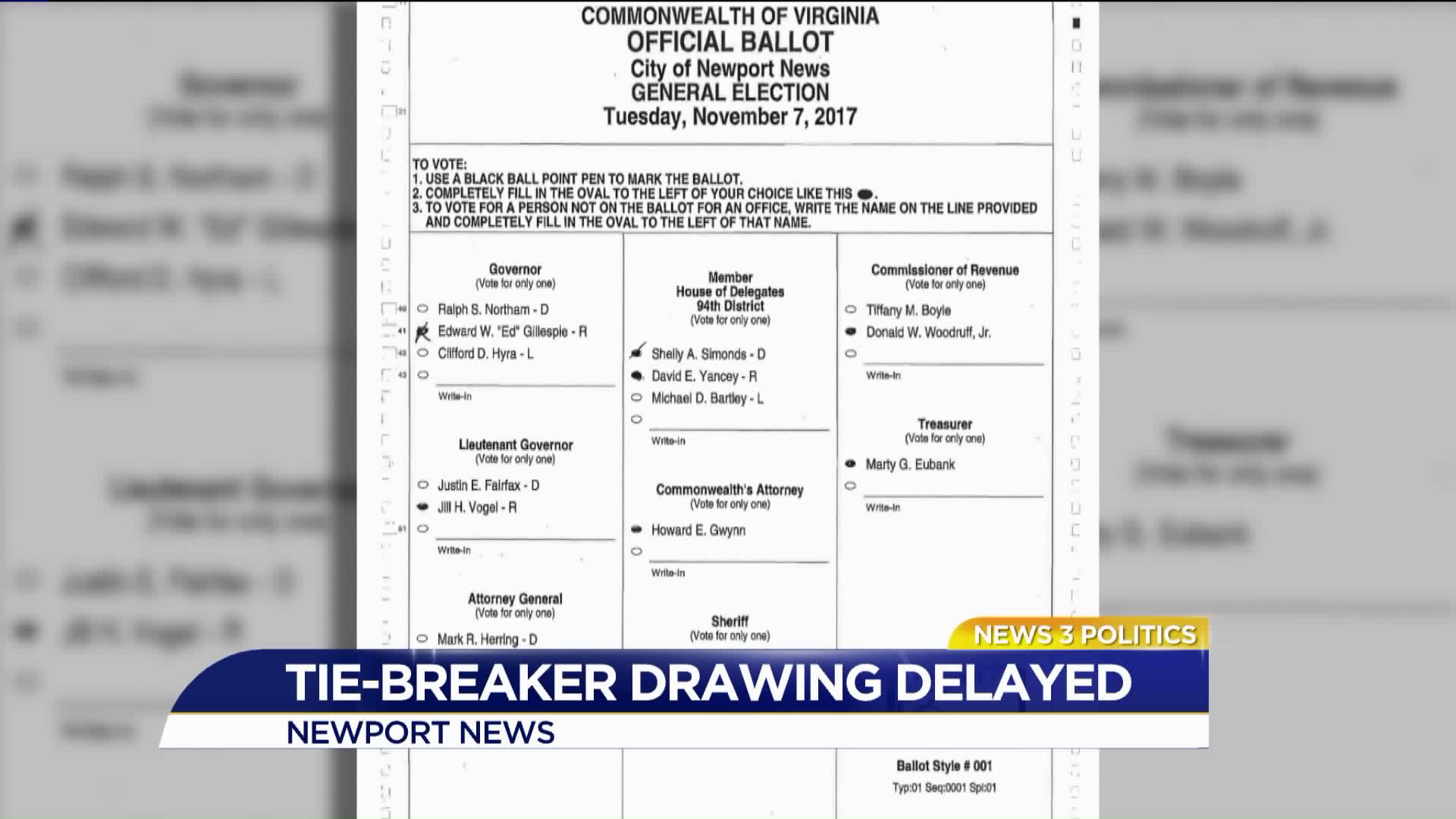 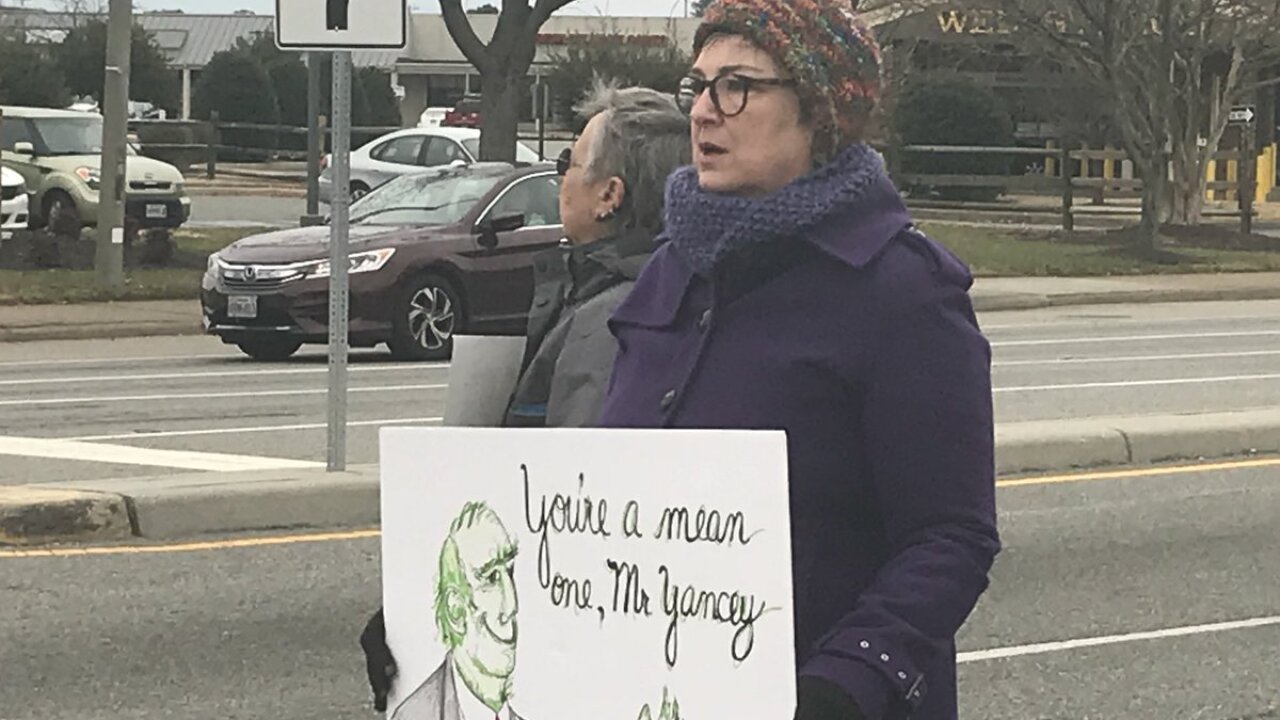 NEWPORT NEWS, Va. – "You're a mean one, Mr. Yancey," read one of the signs a Simonds supporter held during a rally on Wednesday morning.

About 20 people held signs and waved at passing cars along Warwick Boulevard outside of Del. David Yancey's office.

The group alleges Republicans didn't follow the rules last week during a court hearing. Simonds is now challenging the judges' decision to give a contested ballot to Yancey, tying the race.

Republicans have maintained they've done nothing wrong. "We believe the Court acted appropriately and that the integrity of the process is without question," House Republicans said in a statement.

Yancey wasn't in his office at the time of the rally,  but a staffer said they are aware and don't have a problem with it.

It's unclear when or if the judges will decide to reconsider the contested ballot.