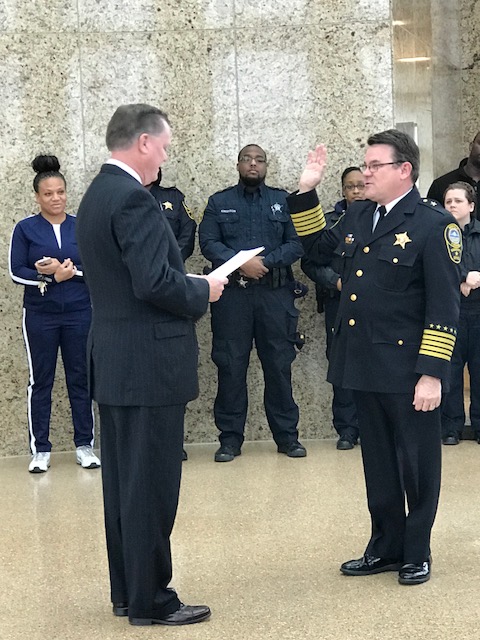 Sheriff Baron was elected on November 7, and was sworn in by the Honorable John R. Doyle lll.

Along with the swearing-in of Sheriff Baron, the Norfolk Sheriff’s Office also swore in 125 deputies, which was done by Tom Larson, Chief Deputy of the Norfolk Circuit Court.

Officials say that all remaining deputies will have mandatory reappointments accomplished before January 1, 2018.