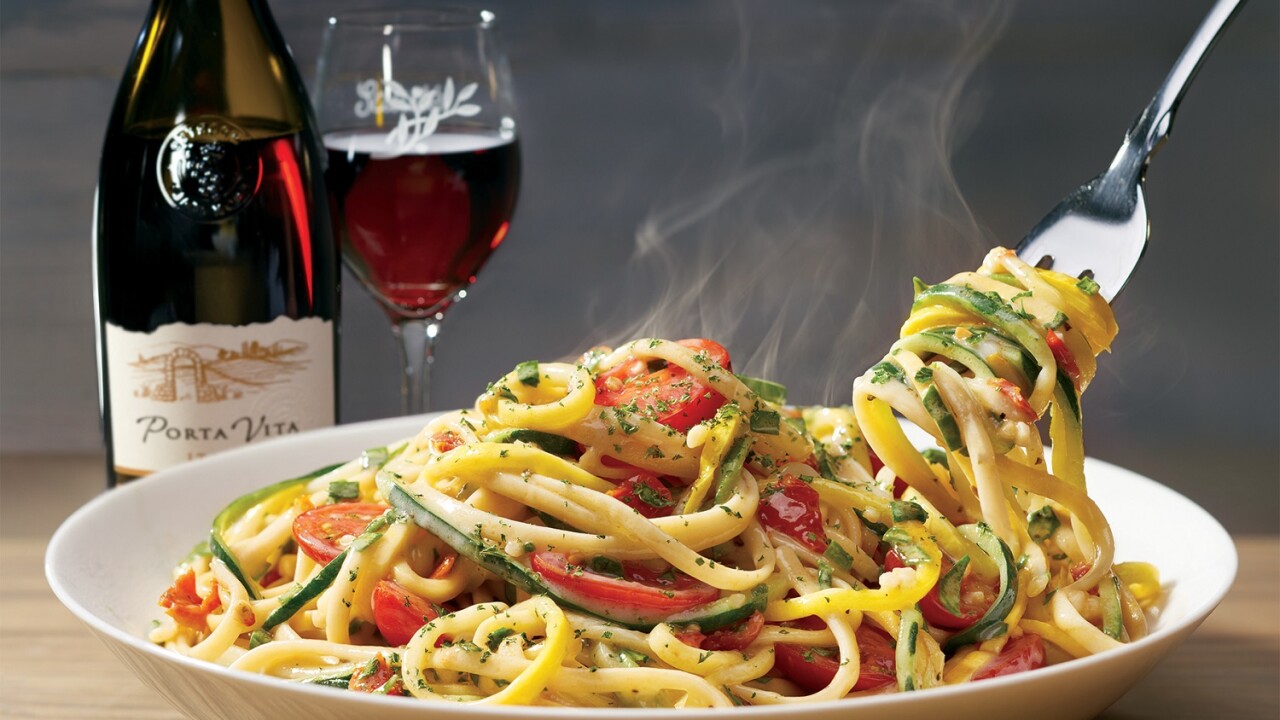 Olive Garden wants to help people cut calories while they look to be more health conscience with New Year’s approaching.

The Italian restaurant will offer veggie pasta in 2018, which will include a combination of zucchini and squash noodles, tossed with whole grain linguine, tomatoes and garlic scampi herb sauce, says Olive Garden.

Olive Garden also said that a big reason for offering veggie pasta, is because every year one of the most popular New Year’s resolutions is to eat healthier. Carbs play a big part of this, and they believe that eating lighter shouldn’t mean having to sacrifice flavor.

The veggie pasta, according to Olive Garden, will be under 560 calories.