The journey begins in a Texas garage, where an international track and field athlete constructs a makeshift wooden sled.

It will reach its culmination in February 2018 on a twisting ice track in South Korea, where she will cling on for dear life, reaching speeds of up to 90mph at the Winter Olympics.

This is no Hollywood script, but the reality of the last four years for Nigeria’s Seun Adigun — a woman that has made a habit of striving to go where no others have gone before.

As a child she dreamed of becoming the first woman to compete in the NBA. On the slopes of Pyeongchang next year the 30-year-old will drive the first African bobsled in the history of the Games.

The former 100m hurdler could not have envisaged this day would come as she lined up alongside the world’s best at London 2012.

But, as she puts it: “Fear is really just another opportunity to learn.”

“This is beyond a dream come true,” Adigun tells CNN Sport, having qualified for PyeongChang 2018 alongside brakewomen Akuoma Omeoga and Ngozi Onwumere.

“To be able to bring something back to not only the country of Nigeria — which has so gracefully given me my family, my culture and everything I stand by — but also to the continent of Africa and the world…

“To bring a gift for people to know that resilience is something that you can actually live to achieve, and that the fear of the unknown doesn’t need to be something that limits your ability to thrive in life … Those qualities will be important for everybody to be able to take in.”

How those times spent with a hammer and nail have paid off.

Adigun and her companions will brace themselves, sprint and leap into a state of the art machine by the time the women’s heats begin on February 20, having raised funds of $75,000 on a GoFundMe online donation page.

They will do so 30 years to the day after the Jamaican bobsled team captured hearts around the world at Calgary ’88.

The team have seen the hit film Cool Runnings and “love it” but, despite the irresistible comparisons, Adigun wants to do more than just act out a sequel.

“It didn’t really play a role in my decision to actually do this team or have the other ladies join me,” she says. “This was more of an opportunity to do something selfless that the world could take on.

“To be compared to a group of people who 30 years later are still being celebrated for something legendary is amazing. If we can leave that type of legacy or have that type of impression on others, then we’ve really done something special as well.

For now, stints on leading US talk shows aside, there remains plenty of hard work to be done if the Nigerian bobsled team are to fulfill their goal of standing the podium in PyeongChang.

But, beyond the pursuit of medals, the trio preach a universal message.

“Don’t be afraid to take that risk,” says Adigun. “Impossible is nothing.

“Being in an uncomfortable place isn’t bad [and] it isn’t wrong; it’s just different. Sometimes you need to be able to take that chance.” 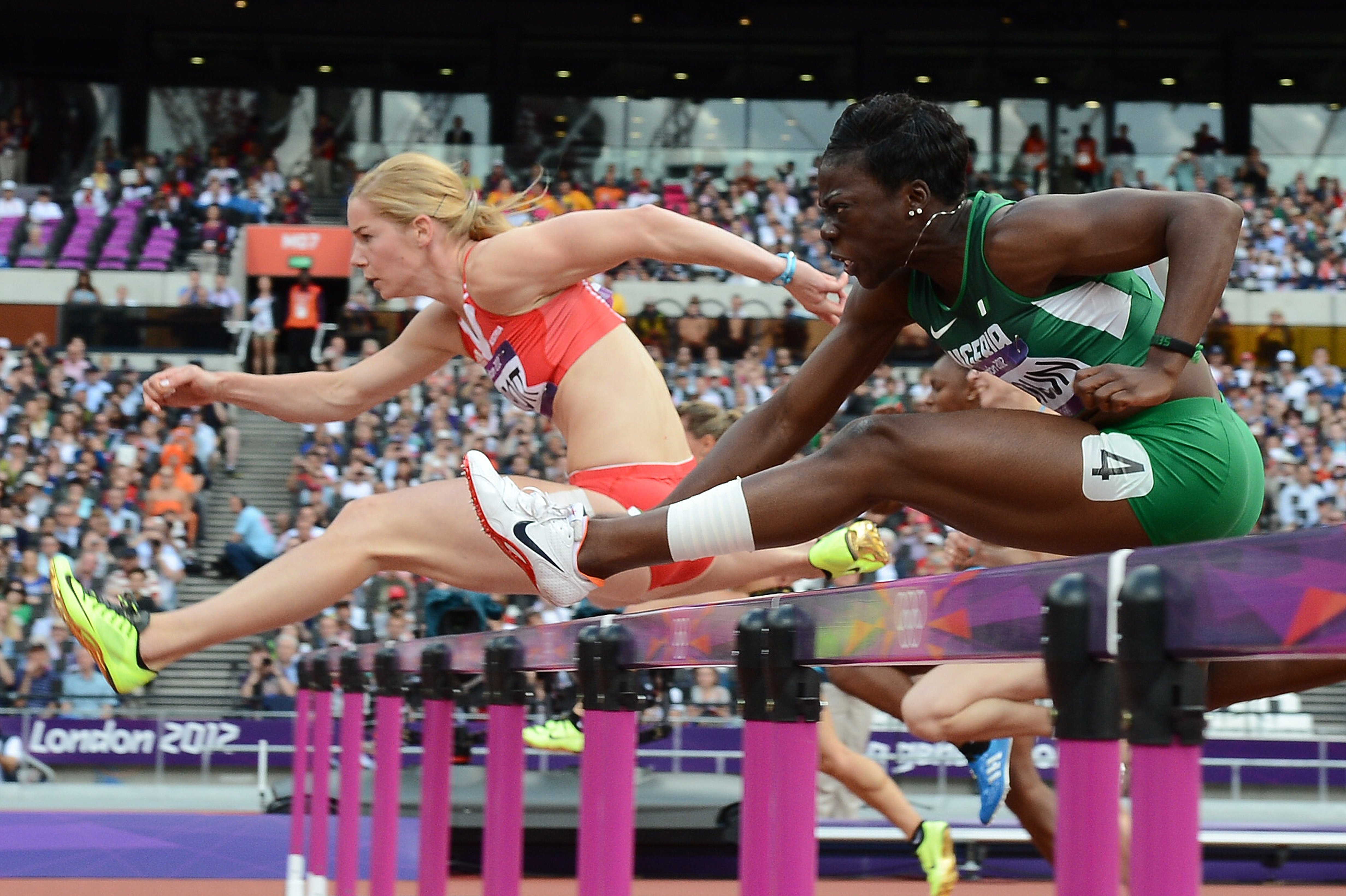