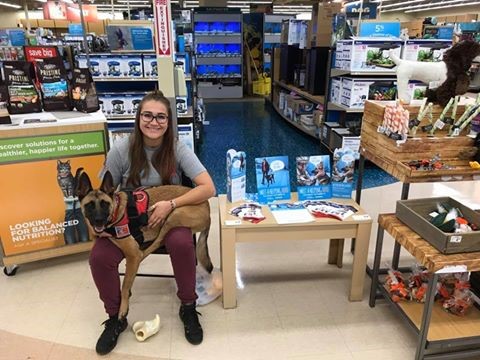 PORTSMOUTH, Va. – Darja, a former military working dog, is dead after being hit by a car at the Pughsville exit in Portsmouth.

Darja had gone missing on December 2, 2018 after hoping the fence of a home she was staying at while her owner was out-of-town.

The German Shepard was adopted in October by her owner Frankie Rivas, who tried restlessly to find the dog.

“She deserved so much more than this and the universe can be unknowing and cruel,” said Rivas, who wrote the Facebook post that was shared by Mission K9.

She thanked everyone that helped look for Darja in the post as well, and said that Darja has been taken to a crematorium.

Former military working dog still missing in Portsmouth, what the owner is doing about it