For hours, firefighters battled a fire that started in the steeple of Monumental Methodist Church in the Old Town section of Portsmouth. The church has been in Portsmouth in 1772.

Fire officials say they still do not know what caused the fire, but say they were called to the church around 11:30 a.m. They say the fire spread to a portion of the sanctuary, but firefighters were able to contain it before it caused too much damage to the inside of the church.

Strong winds blew flaming shingles off of the steeple and onto nearby businesses. Fire officials say several buildings received minor damage from those flames. It took the entire Portsmouth Fire Department to put out the fire at the church, nearby cities and agencies also sent in trucks to help battle the fires.

No one inside the church was injured, same for firefighters who worked for hours to put out the massive blaze.

Robert Scott, the church treasurer,  says he was at lunch in Chesapeake when he first heard about the fire. While he and many more in his congregation are devastated by the damage, they say they will not let this fire destroy them or their faith.

"It’s going to take a lot more than a fire to do us in," said Robert Scott.

Especially since one of their most precious possessions survived the flames, for the second time.

"In the late 1960s the church burned and the only thing that was saved was a bible," explained Scott. "The bible was in the sanctuary today and the firemen were able to save it again." 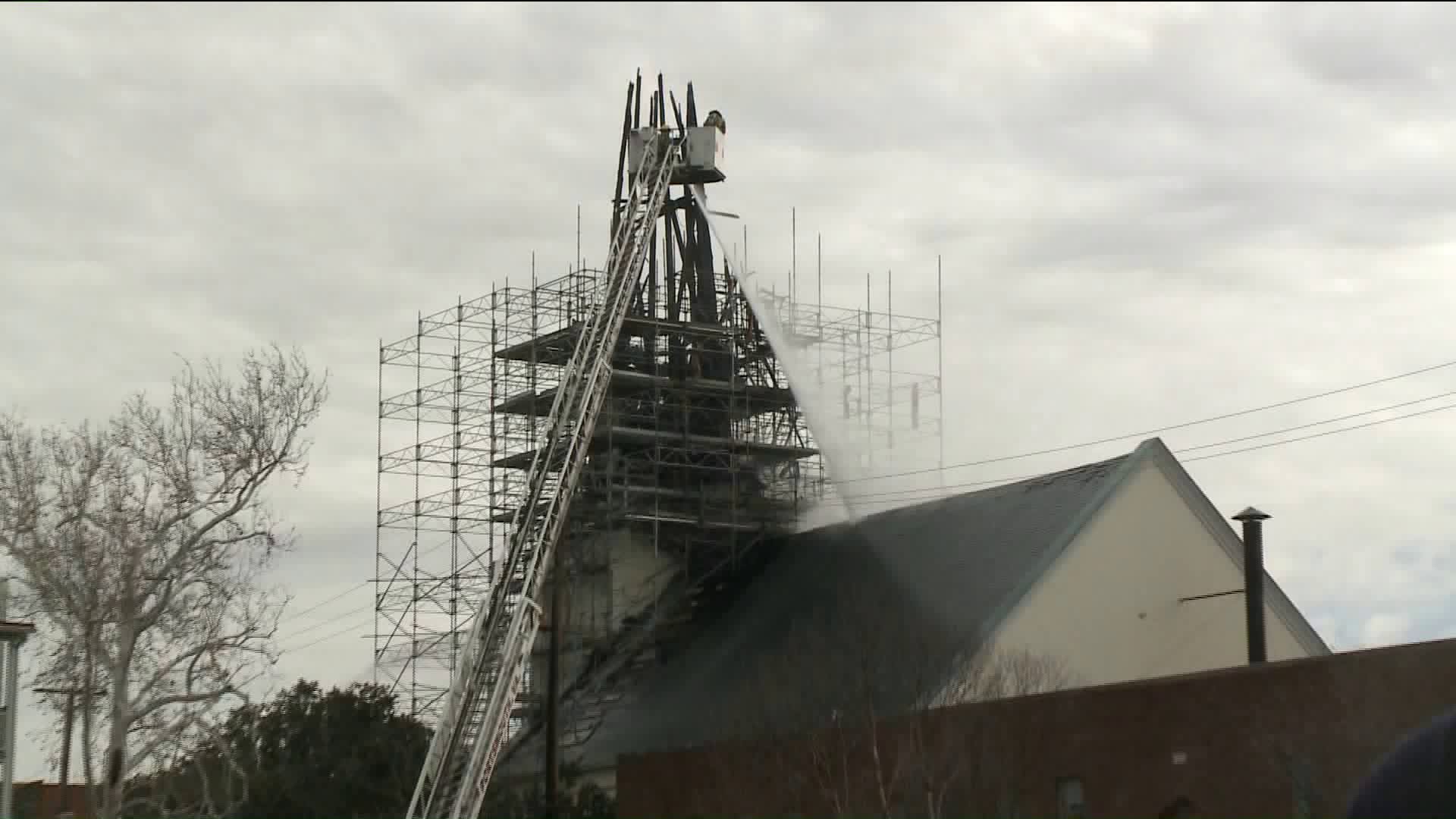