VIRGINIA BEACH, Va. - A firefighter and a civilian were injured in an apartment fire Thursday, according to the Virginia Beach Fire Department.

The firefighter sustained minor injuries and is expected to be out of treatment soon. The injuries to the civilian are unknown. Both victims have been taken to the hospital, according to VBFD.

Damage was mainly contained to the middle and roof of the house.

Six fire stations responded to the incident. Their response time was slower due to the heavy presence of snow in the area.

At least 20 people have been displaced. 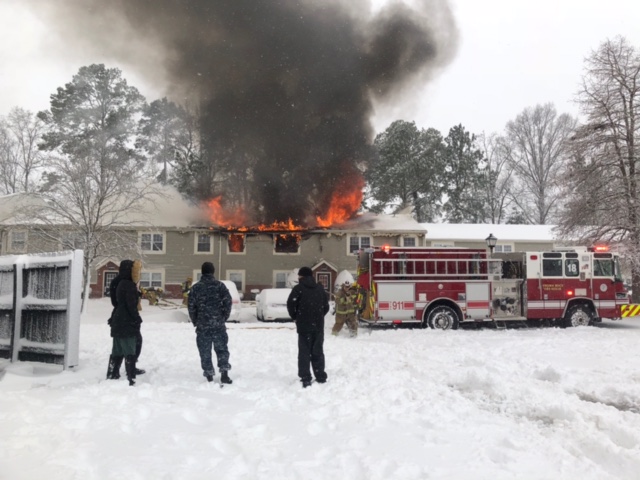