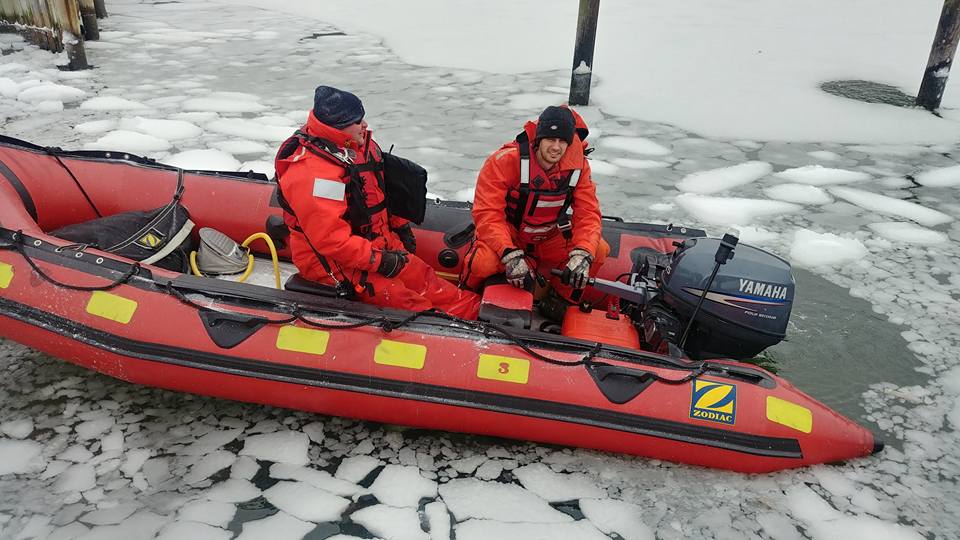 GLOUCESTER COUNTY, Va. – Crews with Abingdon Volunteer Fire and Rescue rescued three duck hunters Thursday who were stranded in the York River due to conditions caused by the winter storm that hit Hampton Roads.

Boat 2 crew launched from York River Yacht Haven and responded to a duck blind in the river. The hunters’ boat had blown away from the blind in the subfreezing winds.

After being rescued, the hunters were taken to Crown Point Marina for medical evaluation. The hunters were later released and taken back home by AVFR personnel.

Crews determined that river conditions were not optimal for boat operations, and Boat 2 was taken back to the station by trailer to avoid the rough, freezing trip back up the river.

Boat 3 stayed in the creek due to weather conditions.