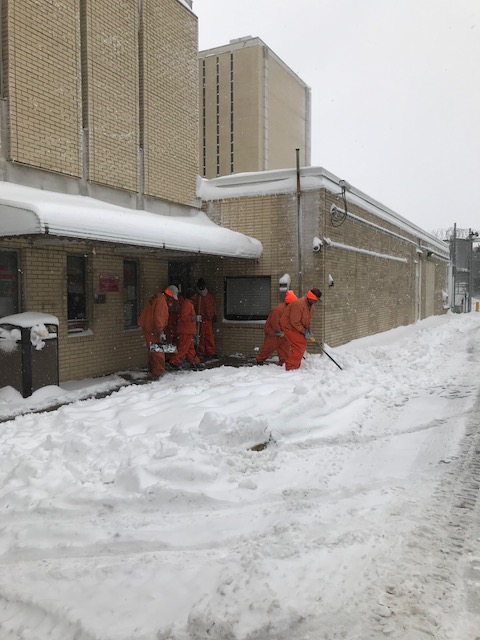 NORFOLK, Va. – The Norfolk Sheriff’s Office, and a few inmates, helped the community in a big way on Tuesday.

As snow laid piled up around the city, Sheriff Joseph Baron and his deputies, along with help from inmates, cleared snow from city parks, and forestry and general services departments associated with the City of Norfolk, said NSO officials.

Crews also helped motorist that needed help getting pushed and dug out of the snow. According to NSO, they helped over 20 motorist that were stranded.