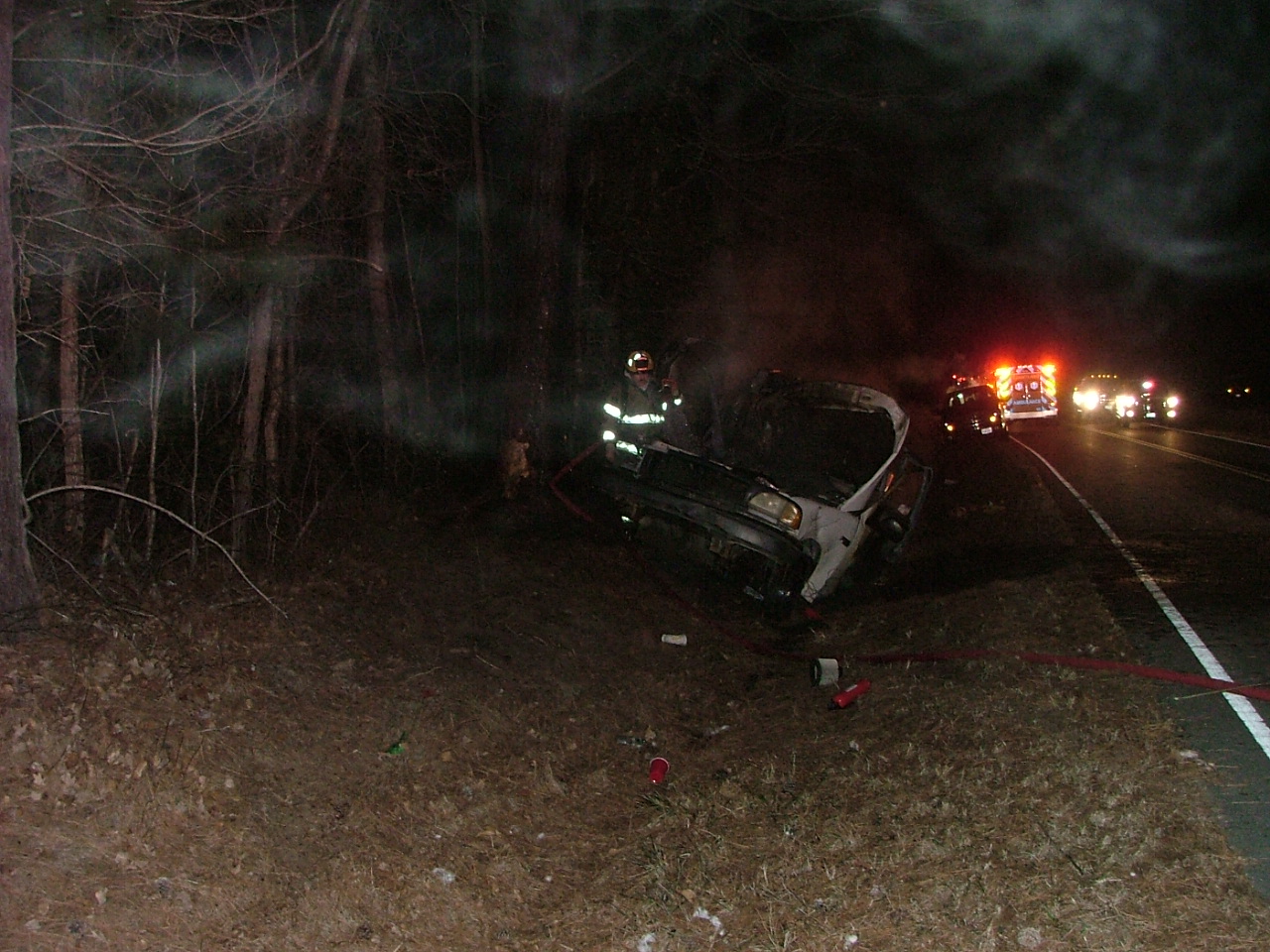 COURTLAND, Va. – A 48-year-old driver was saved by first-responders just before his car was engulfed in flames.

According to the Southampton County Sheriff’s Office, Clarence Lowery crashed his vehicle on Ivor Road near Guy Place Road  on January 2 around 8 p.m.

It was reported to police that Lowery was stuck in his vehicle, which was on fire, and could not get out.

Officials say that a Southampton County Sheriff’s Deputy, firefighters and citizens worked diligently to get Lowery out of the vehicle before it bursts into flames.

Lowery was airlifted to the Medical College of Virginia after being initially being rescued from his vehicle. Police say he will be charged with driving under the influence.