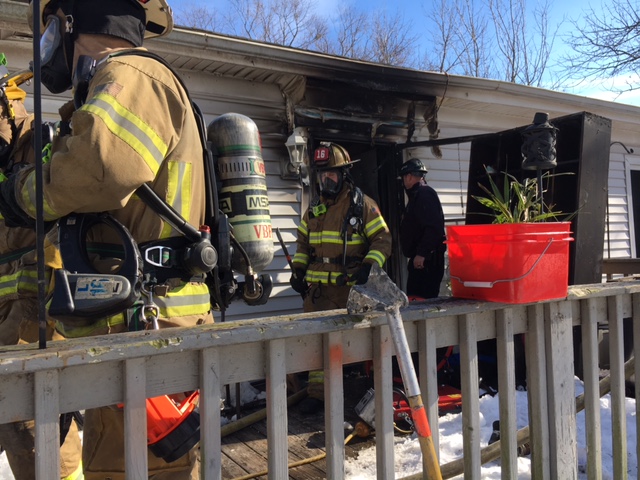 VIRGINIA BEACH, Va. – A family of four and two others have been displaced after a house fire in the 3000 block of Blitz Court in the Magic Hollow area of Virginia Beach Wednesday morning.

Dispatchers received the call shortly before 11:30 a.m. Crews arrived at the scene to find heavy smoke and fire coming from the home.

A woman and three children were at home at the time the fire broke out. All four were outside the house when the firefighters arrived. No one was injured, but the house was almost completely gutted.

After a preliminary investigation, authorities believe the fire was accidental and that the cause was electrical.

Another adult and child who lived at the residence were also displaced by the fire. Two dogs also escaped from the fire. The Red Cross is currently assisting the family.

There was no smoke alarm inside the home. The Virginia Beach Fire Department is reminding people to make sure that they do not overload electrical circuits and to maintain at least one working smoke alarm in their homes.