CAMDEN COUNTY, N.C. - A church is supposed to be a safe place, but recent events have proved that violence can happen anywhere.

It’s a stomach-turning scene witnessed time and time again in cities throughout the United States: Shots fired, mass chaos and law enforcement rushing the scene to eliminate the threat.

Mass shootings have been seen at concerts, clubs, schools and even churches.

“Even though overall it’s very small, everybody in the community knows everybody, still it could happen,” said Wood.

“Fifteen years ago, who would have ever thought this would be a subject that we needed to cover,” said Meads.

He stressed to a handful of church members and leaders the importance of creating a plan, being prepared and how to best handle a critical incident like a shooting both while it’s unfolding and after it is over. 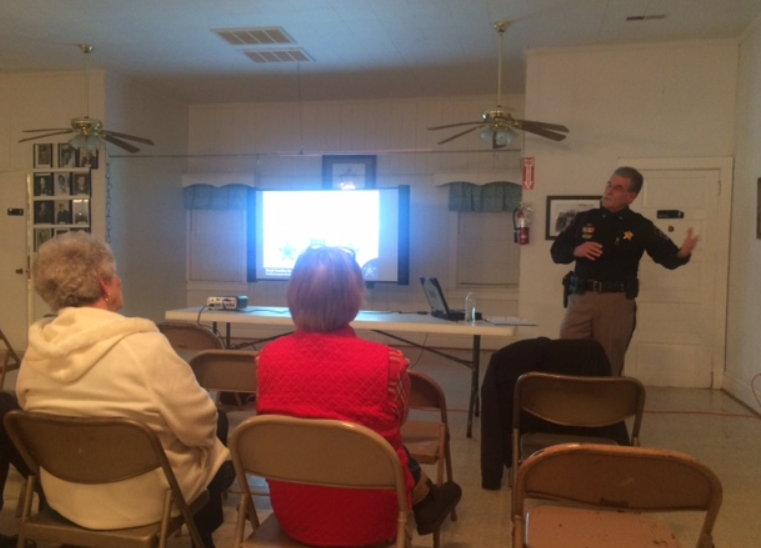 “There is evil out there and just because you're in a church, things don't make you immune to being attacked,” said Meads.

Twenty-six people were killed inside of a small church in Texas in November after a shooting rampage.

On Thursday, a 6-year-old who survived the shooting rode home from the hospital in a fire truck.  He was shot six times, shielded by his stepmom, but unfortunately his two sisters didn’t make, according to CBS.

Chief Deputy Meads said churches are vulnerable and open to the public.

He hopes to provide the people of his community a little more information, education, and a layer of protection.

“If the worst case scenario does happen, they will already have a plan in place to take some action and hopefully keep people safer,” said Meade.

Upcoming training seminars are as follows:

If churches/worship place leaders prefer a private training in your facility, call Sheriff Tony Perry at 252-338-5046 to set up an appointment.