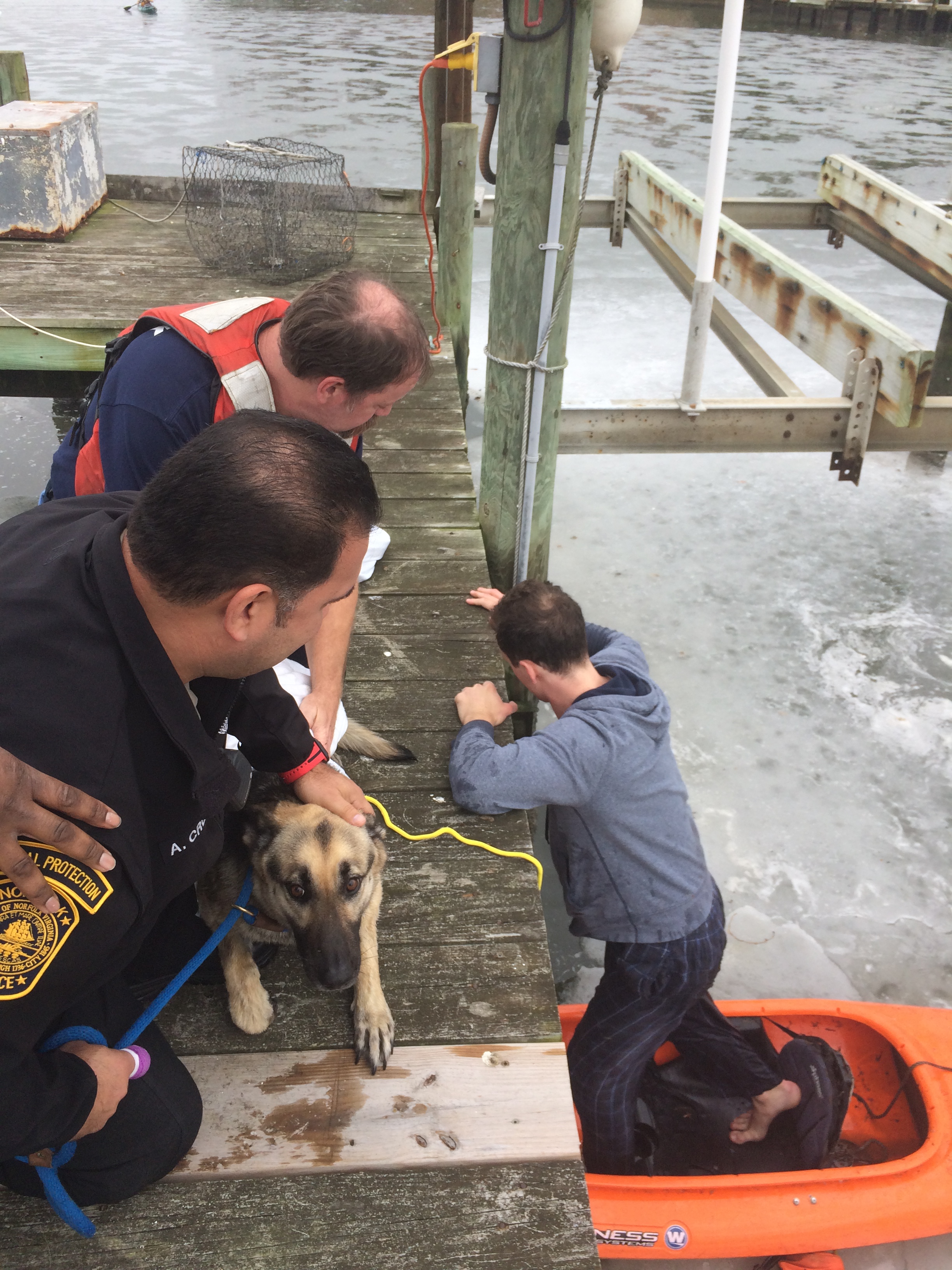 NORFOLK, Va. – A kayaker helped rescue a German Shepherd who was stuck on ice in the Lafayette River, according to Norfolk Fire-Rescue.

On Friday morning, an off-duty firefighter informed crews that the dog was stuck on the ice in a body of water near Norway Place and Lafayette Boulevard.

The dog was stuck in the middle of the waterway, about 50 yards out.  Concerned citizen James Whitman got into his kayak and was able to get the dog off the ice.

After getting the dog into his kayak, Whitman paddled to a resident’s pier. Fire crews were able to get the dog and Whitman out of the water.

An animal protection officer said the dog was reported running around the neighborhood for several days. The dog’s owner is unknown.

The dog has been taken to Raby Road Animal Protection for treatment.