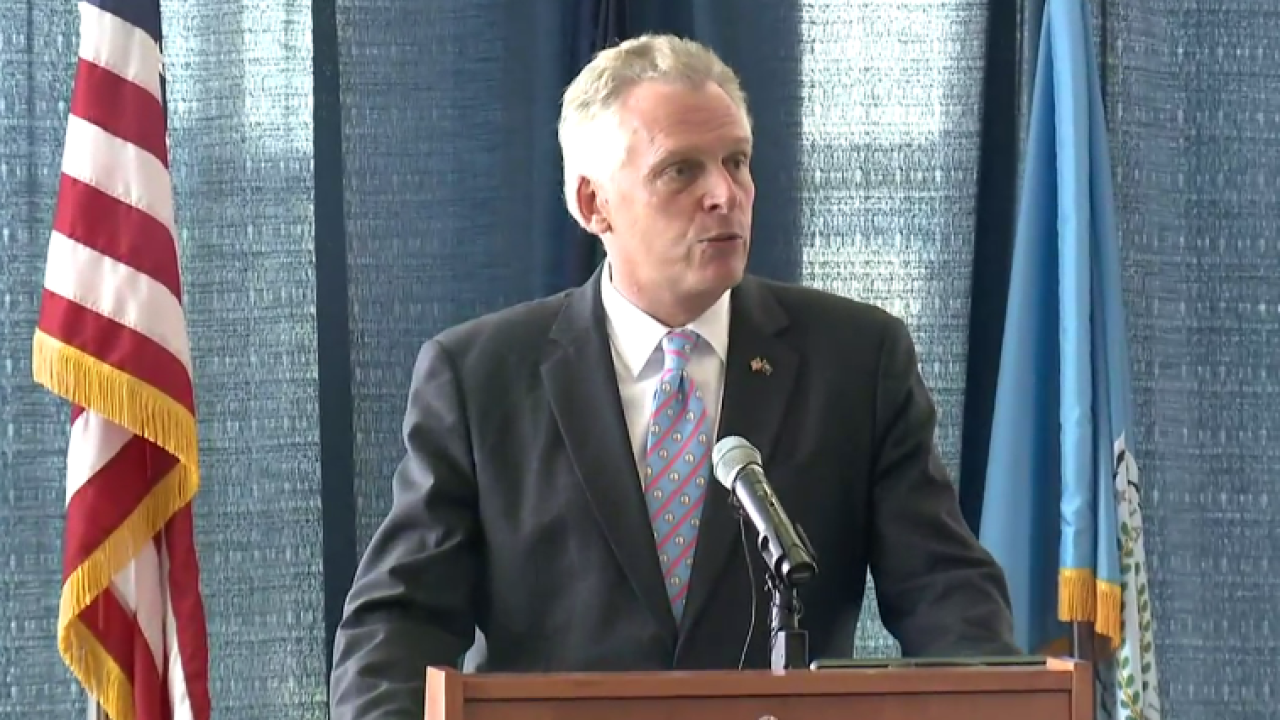 CHESAPEAKE, Va. – Gov. Terry McAuliffe suggested he would punch President Trump if he got in his space.

“If he did the Godzilla tactics he did to Hillary on the debate stage, you would have to pick him off the floor,” he said after an event on Friday. “There’s no question about it.”

McAuliffe was echoing comments he made on Thursday on MSNBC, where host Chris Matthews asked him how he would react to Trump’s aggressive debate techniques. “If he ever came over and leaned on me and got in my space, that would be the last time Donald Trump ever did that. I promise you that,” McAuliffe said.

McAuliffe leaves office on Saturday and says he is “taking nothing off the table” when it comes to a possible presidential bid in 2020.

Oprah Winfrey has gotten a lot of buzz about a presidential run after her speech at the Golden Globes on Sunday. McAuliffe said he didn’t think she would run, but added “she would be tough.”