VIRGINIA BEACH, Va . - A Virginia Beach man said he bought his first home only to have it catch fire two days later.

“I fell in love with it when I walked in,” said Weymouth. 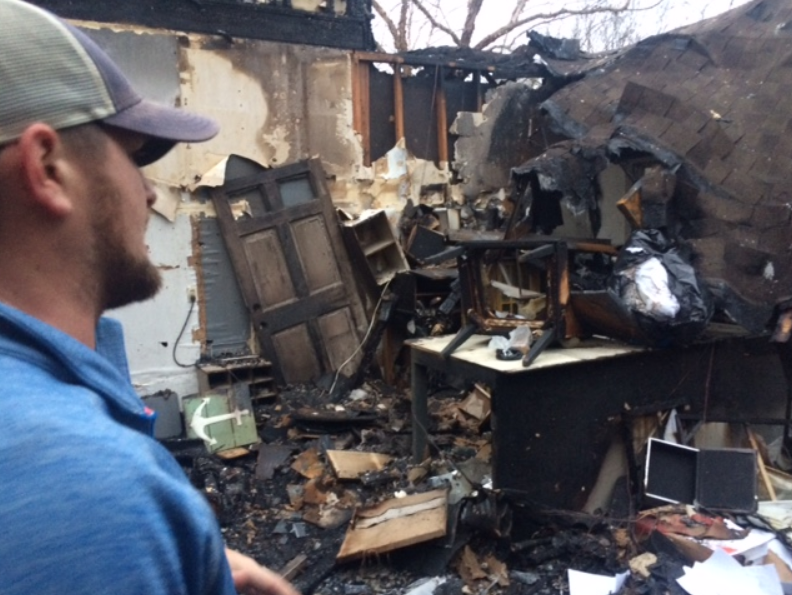 He and his girlfriend moved a bunch of their stuff in and left at around 9 o’clock Thursday but about an hour later the place was on fire.

Weymouth said he had the gas turned on that day and he thinks it might have been an electrical problem.

He said he was devastated and stunned after saving his money for years.

“My whole life savings is in that house. I didn't think two days after closing I'd be in a house fire,” said Weymouth.

But his co-workers started a GoFundMe account for him.

His loved ones including his girlfriend’s family are also showing support along with complete strangers who live in his new neighborhood.

He said dozens have been coming by offering to help.

Weymouth said they are waiting to hear from the insurance company.

The fire department has an investigation into the fire.

Weymouth is grateful no one was harmed in the fire, but he knows the next few months will be financially very difficult as he works to replace all the things they lost.

But he said he will never forget the kindness and generosity offered by many as he deals with his toughest challenge yet.

Click here to make a donation to the Weymouth family.