McAuliffe pranks Northam with pillow cases of his face 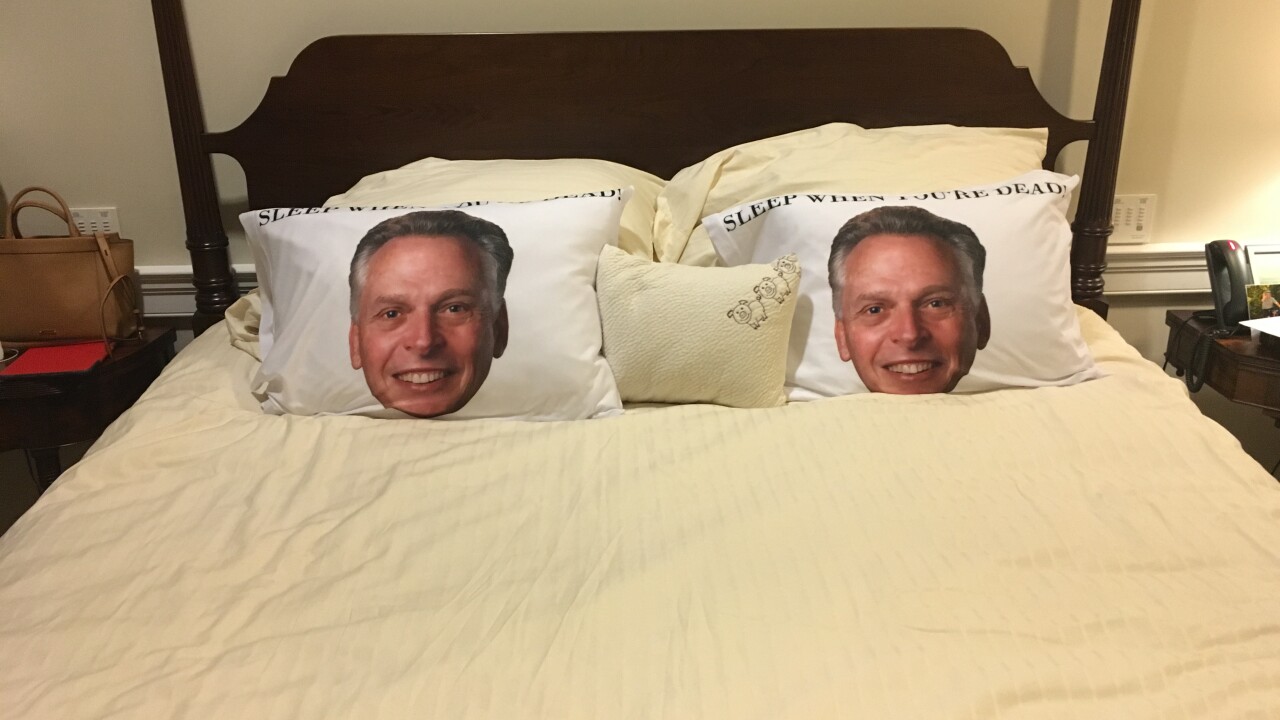 RICHMOND, Va. – While Governor Ralph Northam moved into his new home, he was reminded of the close relationship he has with the outgoing Governor of Virginia Terry McAuliffe (D).

The pillow cases had not only McAuliffe’s face, but also read at the top, “Sleep When You’re Dead.” McAuliffe was known for not sleeping a lot in the night. He also set a hidden alarm clock that went off at 3 a.m. in the morning, waking up Northam from his sleep.

“There are pictures of the governor all over the mansion that he left for me,” Northam said at a brunch hosted by his wife on Sunday in Richmond. “Also, at 3 o’clock this morning, an alarm clock went off, which I have yet to find. I texted him and thanked him, and he said there was more to come,” said Northam to the Washington Post.

Northam served as Lieutenant Governor of Virginia, before being elected to lead the Commonwealth of Virginia  in November 2017. He was inaugurated on Saturday, January 13.

This isn’t the first time that elected officials in Virginia have pranked their successors.

When McAuliffe was entering office, the former Republican Governor of Virginia, Robert F. McDonnell, hid an alarm clock that went off at 4 a.m. four years ago.