The cost for Cousins: What Kirk Cousins’ long-term contract could look like 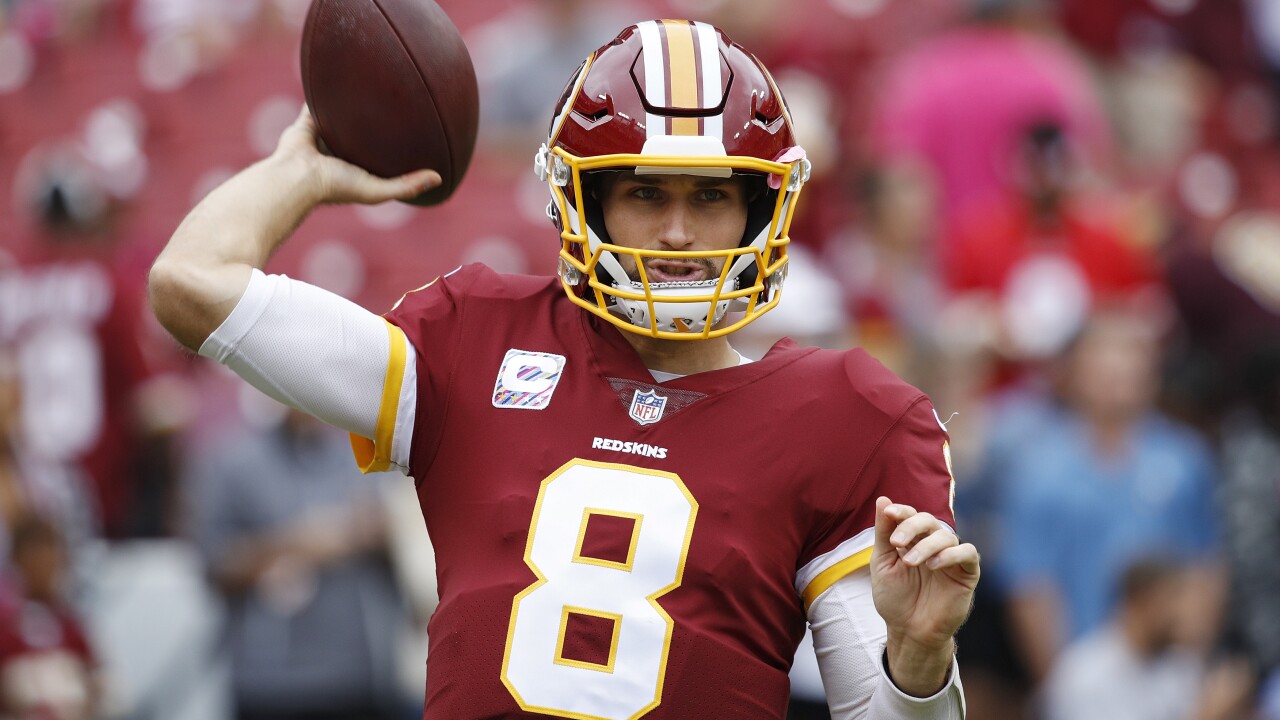 NORFOLK, Va. – A long-term deal is a long shot for the Redskins and Kirk Cousins.

By inking their franchise quarterback to back-to-back one year contracts via the franchise tag, the Redskins have invested  nearly $44 million ($19.9 million in 2016, $23.9 million in 2017) on Cousins the past two seasons.  Michael Ginnitti, Co-Founder/Editor of Spotrac, an online sports system for player contracts, salary cap breakdowns and team payrolls, projects $44 million will not even cover the guaranteed money in a potential long-term contract for Cousins.

Ginnitti, who calls 2018 the “Mother of all NFL offseasons”, says Cousins holds a $25.6 million market value heading toward free agency. Unless the Redskins use a third straight exclusive franchise tag on Cousins, a move that would cost $34 million in 2018, Captain Kirk is headed for the open market as an unrestricted free agent.

Spotrac projects Cousins to ink a five year deal worth $128 million. Ginnitti estimates Cousins will receive a $15 million signing bonus and an annual average salary of $25.6 million. His guaranteed money at signing (signing bonus + 2018 salary + 2019 salary) would be $50 million.

NEW: A look at what could be the Mother of all NFL QB Offseasons this spring, including analysis, projected contracts, important dates, & more. https://t.co/WL1ly7pulB pic.twitter.com/awpEGzrt9k

February 20th is the first day for team’s to use the franchise tag or transition tag on players. The transition tag, also a one-year contract, would cost the Redskins less than the $34 million of the franchise tag, however it would allow Cousins to entertain long-term contract offers from other teams. Washington would then have the right to match any offer.

The deadline to do so is March 6th. Therefore, we’ll know whether or not Cousins will hit the open market no later than 4:00 p.m. eastern time on March 6th. Free agency begins at 4:00 p.m. March 14th.

2015, his first full-season as a starter, Cousins achieved a career-best 101.6 passer rating, career-high 29 passing TDs and a career-low 11 interceptions. Late in that 2015 season, Cousins said the team tried to tried to reach a long-term contract with its QB, but his agent Mike McCartney advised him to pass on that offer. The Redskins later used the franchise tag on Cousins in the offseason.