Black superheroes are having a moment 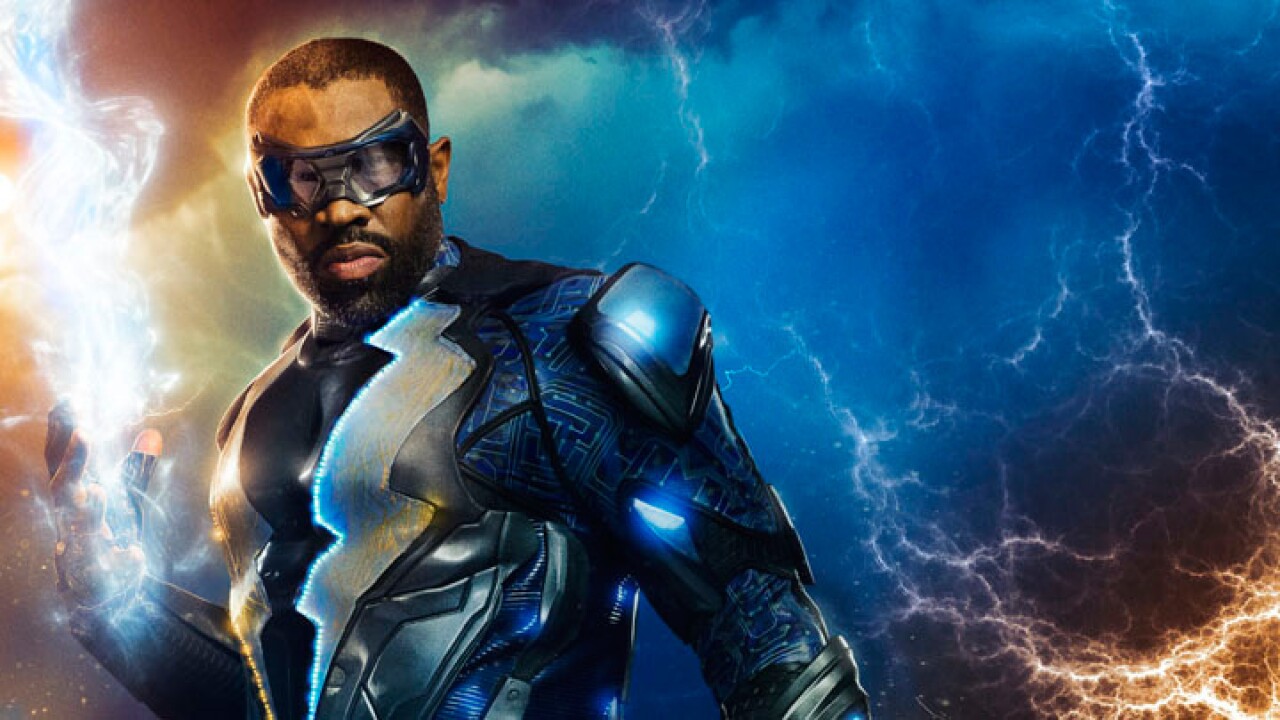 (CNN) — Is it a coincidence that black superheroes are stirring excitement at a time when ethnicity and race relations are in the spotlight?  Writer Adilifu Nama doesn’t think so.

The author of “Super Black: American Pop Culture and Black Superheroes” and “Race on the QT: Blackness and the Films of Quentin Tarantino” told CNN he sees a connection between current events and what’s happening on both the big and small screen.

“Black Lightning,” which airs Tuesdays on The CW network, revolves around Jefferson Pierce (played by actor Cress Williams), a black, middle aged educator who must resurrect his super powers to protect his family and community.

Based on the DC Comics character of the same name, “Black Lightning” was co-created by husband and wife team Salim Akil and Mara Brock Akil. Salim Akil told TV Insider he drew inspiration for the character from the lives of Martin Luther King Jr. and Malcolm X.

“He’s certainly a peaceful man and he wants to stay peaceful, but for how long,” Akil said. “How long can you allow things to get out of hand before you have to take on the mindset of Malcolm and say, ‘We’ve got to do something for ourselves’?”

The debut of “Black Lightning” coincides with building anticipation for the Marvel superhero movie “Black Panther,” which releases in February. The film stars Chadwick Boseman as T’Challa, king of the fictitious African nation of Wakanda and a superhero known as Black Panther. The movie broke Fandango’s presale ticket record for Marvel Cinematic Universe films in its first 24 hours, a record previously held by 2016’s “Captain America: Civil War.”

“‘Black Panther’ is riding an incredible wave of momentum right now,” Fandango Editor Erik Davis said in a statement.  “Black Panther” fans have taken to social media to express their excitement over trailers for the film and its soundtrack, helmed by award-winning rapper Kendrick Lamar.  Nama told CNN it was only a matter of time before black superheroes arrived centerstage.

“Over the past 15 years, the comic has become the fundamental source material for Hollywood blockbusters,” he said.

Couple that with the backdrop of Black Lives Matter, the NFL protests, debate about whether President Trump is a racist and the violence in Charlotesville, Virginia, Nama said, and it makes sense that there is a hunger for black superheroes.

Cheo Hodari Coker is creator, executive producer and showrunner for Netflix’s “Luke Cage,” a series that helped kickstart black superhero mania when it premiered in 2016. Coker told CNN he believes what’s happening in Hollywood right now is about color, but not necessarily that of the characters.

“The only color that really matters is green,” he said. “Ultimately shows and movies starring black superheros are lucrative. I don’t know if it’s as much altruism, or everyone is all of a sudden woke, as much as it is a combination of the fact that it’s commercially viable, the stories are interesting, the music pops and people think, ‘Why not now?'”