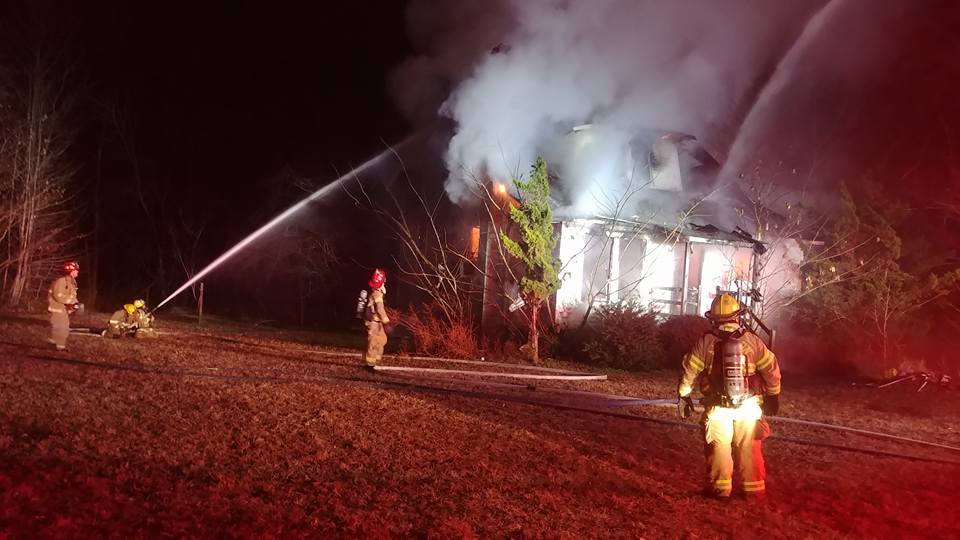 HAYES, Va. – Firefighters responded to a fire at a two-story unoccupied home near Rt. 17.

A passerby called Abingdon Volunteer Fire and Rescue at 12:45 a.m. reporting flames coming from the building.

AVFR was assisted by Gloucester Volunteer Fire and Rescue Squad.

The house was fully involved in fire when crews arrived.

Due to damage, firefighters were not able to get inside to search the home.

Crews were on the scene for just over two hours.

There were no injuries on scene.