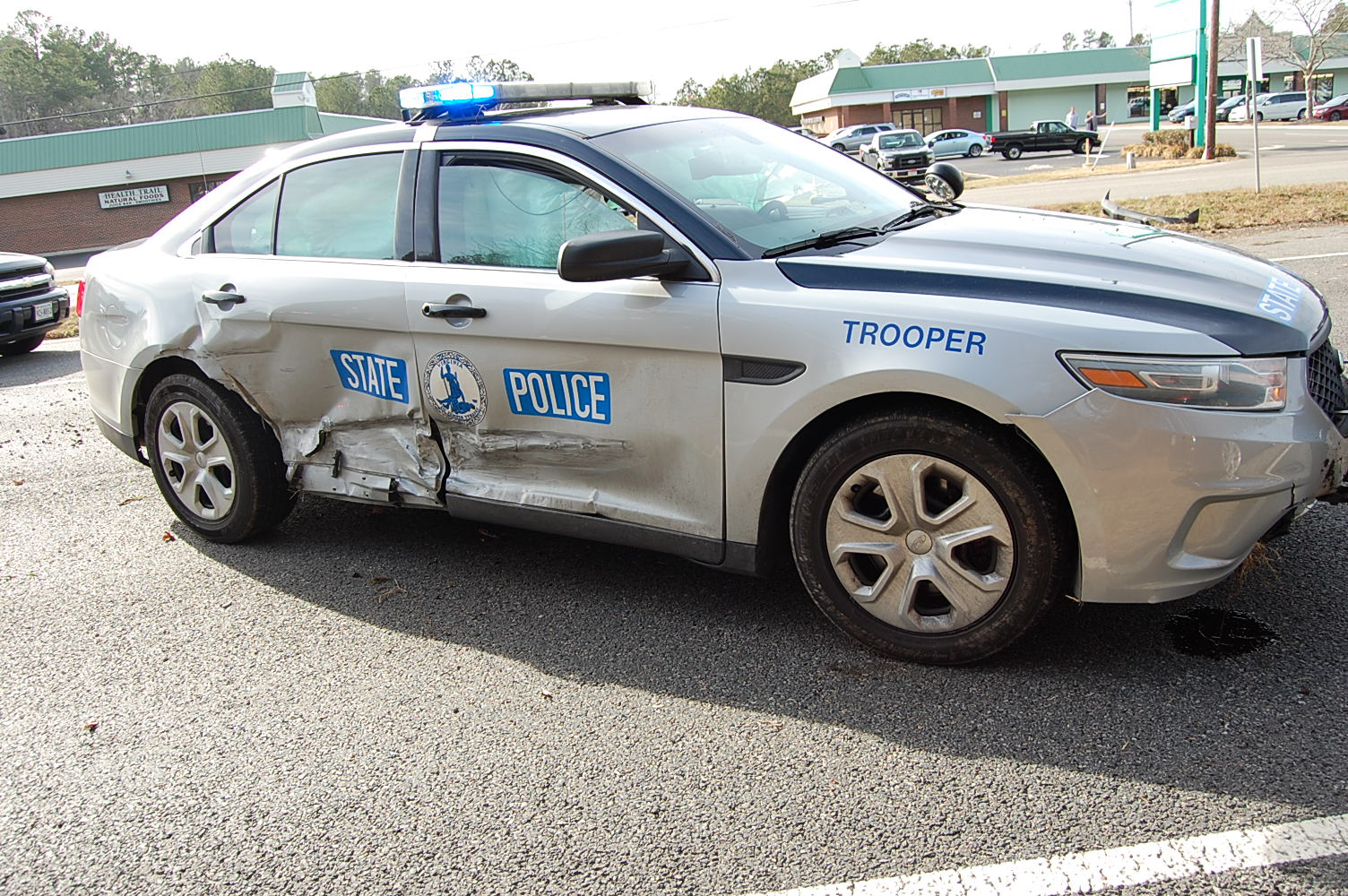 While on routine patrol, a trooper was struck by a vehicle that failed to yield right of way. The trooper was traveling southbound on Rout 17 in a marked 2013 Taurus when the driver of a 2002 Subaru Forester, 90-year-old Phillip W. Hamilton, Jr., attempted to exit the shopping center.

Hamilton crossed into the southbound lanes and into the path of the state vehicle, striking it on the passenger’s side and pushing the trooper’s vehicle past the median into the northbound lanes of travel.

The trooper unsuccessfully tried to move out of the Subaru’s way and suffered minor, non-life threatening injuries in the crash. The trooper was taken to Walter Reed Hospital, where he was treated and released.

Hamilton, of Gloucester County, was charged with failure to yield right of way. He did not sustain any injuries in the crash.