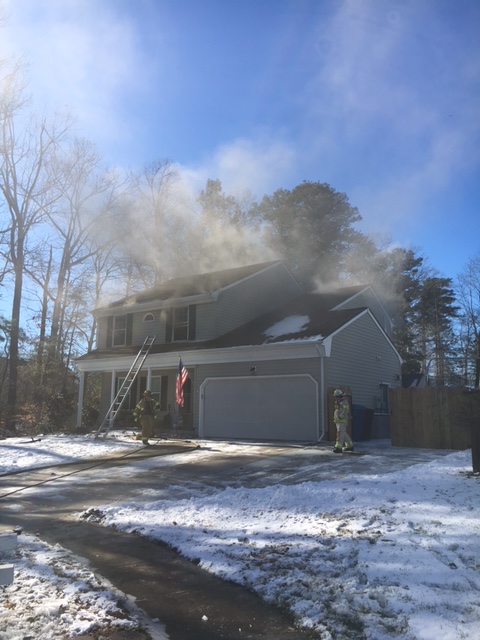 Smoke was visible from the home when firefighters arrived at the scene. A woman who was at home at the time of the incident was able to make it out of the house  safely. Authorities said she refused treatment for minor smoke inhalation.

The woman was able to get one of the two family dogs out of the house; firefighters rescued the second dog.

Crews kept the fire from spreading beyond the second floor bedroom, where the fire is believed to have originated. VBFD credits a working smoke alarm in the house to alerting the woman to the fire.

The exact cause of the fire is unknown and remains under investigation, although it is believed to be accidental.

There were no injuries in the incident. The family of four will be temporarily displaced.