Director of the FBI, Christopher Wray, makes trip to Norfolk 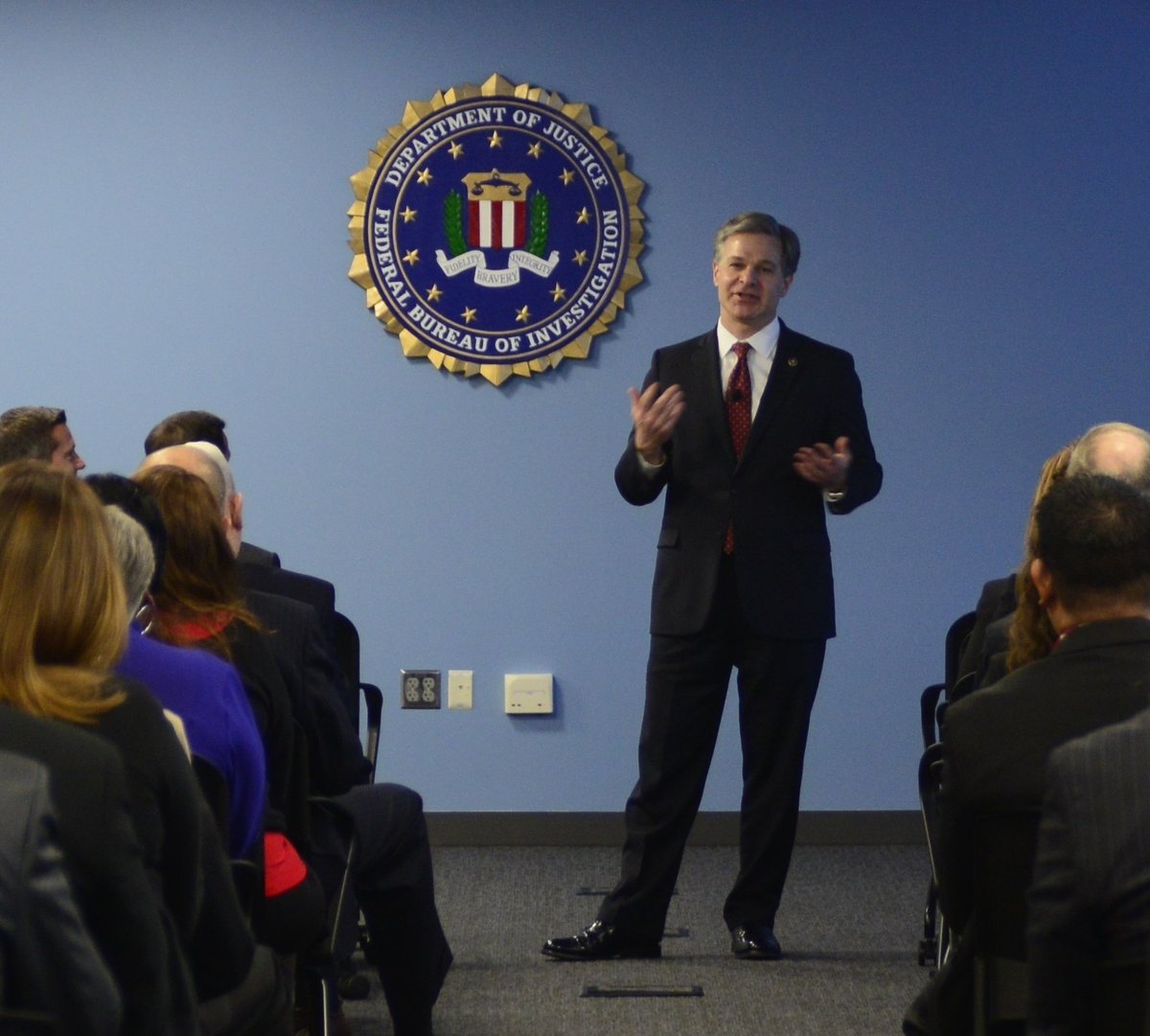 NORFOLK, Va. – Director of the FBI, Christopher Wray, was in Norfolk on Thursday to meet with those apart of the FBI Field Office in Norfolk, and with representatives from private sector partners.

Director Wray met with private partners InfraGrad, DSCA and the Citizen’s Academy during his visit and thanked them for their important contribution to the FBI’s mission, said the FBI Field Office in Norfolk in a tweet. Wray also met with law enforcement officials from Hampton Roads as well.

The Office of Private Sector (OPS) was established in 2014 in order to provide an organized, coordinated, and horizontal approach to how the FBI engages with the private sector, according to the FBI’s government website.

Wray was picked by President Trump to lead the FBI after the former director of the agency, James Comey, was fired by Trump.

Director Wray visited the Norfolk Field Office today and spoke to the team about his vision for the #FBI and his commitment to our values and mission. pic.twitter.com/ua6EB3zzFE

Director Wray met with reps from private sector partners #InfraGard, DSAC and Citizen's Academy during his visit to the Norfolk Field Office today and thanked them for their important contribution to our mission. For more info about these programs go to https://t.co/qkizf2YaRd pic.twitter.com/7RWmlUHPkR