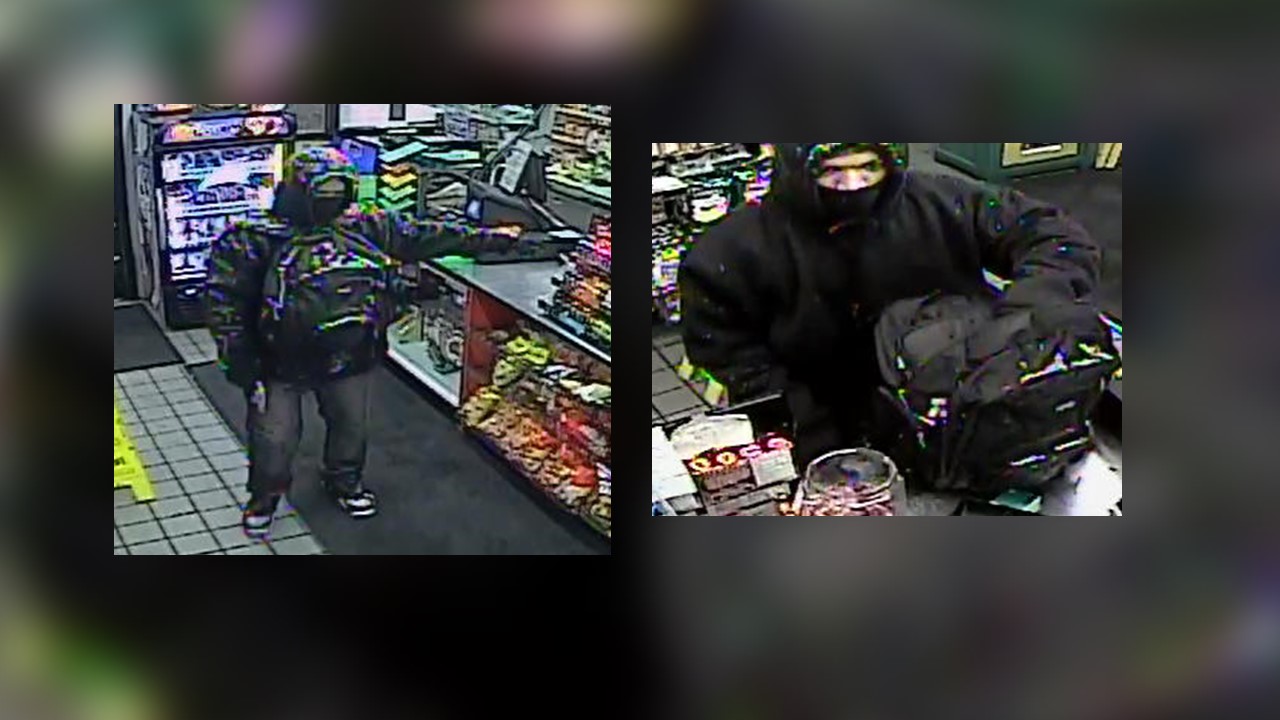 NORFOLK, Va. – Police are looking for a suspect that they believe robbed a Tinee Giant convenience store on January 3.

According to the Norfolk Police Department the robbery happened at the Tinee Giant on 3801 Hampton Boulevard around 11:30 p.m. that evening.

This is when police say the man, who was masked, brandished a gun to threaten and demand money from the clerk. The clerk complied and the suspect fled the area on foot.

The suspect is described as a black man around 5 feet 8 inches tall. He was last seen wearing a black hooded sweatshirt, dark pants, and a black mask covering his face.

As a result of the investigation, police have determined that the unmasked man seen in the below surveillance photos the day after of the incident is the robbery suspect.

Police ask anyone who can recognize this man to call the Norfolk Crime Line at 1-888-LOCK-U-UP.