Special prosecutor to investigate ‘every corner’ of Michigan State University 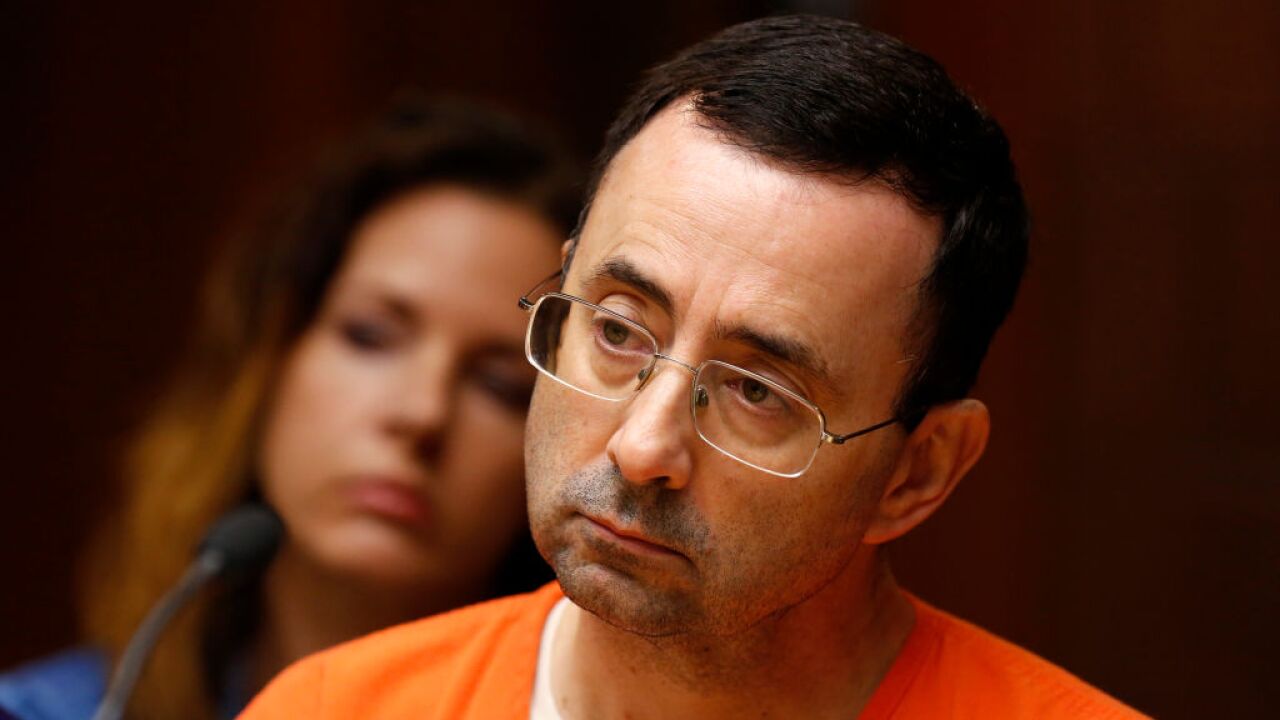 The investigation began last year, Schuette’s office said, but the scope and makeup of the probe wasn’t announced until Saturday.

“My department … will find out who knew what and when, who took action, who failed to take action, what did or did not happen, and what should have happened,” Schuette said at a news conference in Lansing.

“No individual and no department at Michigan State University is off-limits.”

The investigation will be led by retired Kent County prosecutor William Forsyth, assisted by the Michigan State Police director, Col. Kriste Etue, who said she will help determine whether crimes were committed.

Schuette’s announcement comes three days after Nassar — who also was a national gymnastics team doctor — was sentenced to decades in prison for sexually abusing girls and young women in his care.

Forsyth said his investigation will determine:

• How Nassar was allowed to abuse patients for nearly two decades without being stopped.

• Who at Michigan State was aware of his actions.

• What university officials did when they became aware.

“We’re going to put a bright light … at every corner of the university. This will be done right, period,” Schuette said.

Schuette asking MSU attorney to turn over all info

Schuette said he would ask the school’s board of trustees Saturday to have the school attorney, Patrick Fitzgerald, “turn over … all information he has gathered in the course of his work to ensure our investigation leaves no stone unturned.”

“Their response to this simple request will speak volumes about MSU’s willingness to cooperate in this investigation,” Schuette said.

A Michigan judge sentenced Nassar on Wednesday to 40 to 175 years in prison after he pleaded guilty to seven counts of criminal sexual conduct in Ingham County and admitted to using his trusted medical position to assault and molest girls under the guise of medical treatment.

More than 150 girls and women asserted during Nassar’s sentencing hearing this month that Nassar sexually abused them under the guise of medical care in his capacity as an MSU or USA Gymnastics physician over two decades.

Nassar is in prison, but fallout from the case continues, with the NCAA saying it will look into whether the university violated any if its rules in the matter.

Michigan State and USA Gymnastics are named as defendants in a number of civil lawsuits by more than 100 accusers, some of whom accuse the institutions of concealing or improperly dismissing allegations of abuse.

The Detroit News recently reported that misconduct allegations against Nassar reached at least 14 MSU representatives in the two decades before his arrest.

The university received a Title IX complaint of sexual misconduct against Nassar in 2014, but the investigation concluded that Nassar’s conduct was not of a sexual nature and he was cleared of any Title IX violations, the Detroit News reported.

Title IX is a federal law that protects people from sexual discrimination in education or other programs receiving federal aid.

USA Gymnastics and Michigan State have denied wrongdoing, and USA Gymnastics said it reported the allegations to authorities when it learned about the sexual abuse.

The university maintains that no official there believed Nassar committed sexual abuse until newspapers began reporting on the allegations in the summer of 2016. Any suggestion that it engaged in a coverup is “simply false,” a school statement asserted last week.

Nassar was a Michigan State sports physician from 1997 to 2016. USA Gymnastics counted him as part of its medical staff or as national team doctor through several Olympic cycles.

Before this week, Nassar already had been sentenced to 60 years in prison for federal child pornography charges. He also has pleaded guilty to three charges of criminal sexual conduct in Eaton County, Michigan, for which he is due to be sentenced Wednesday.

Schuette’s office said last week he would conduct a “review” of what happened at Michigan State, and that details would be announced after Nassar’s final round of sentencing.

But Schuette changed course Saturday, saying it was time to reveal what his office was doing — while for the first time describing his efforts to investigate the school.

Nassar’s victims “need to know that their voices are being heard, being listened to, and being acted upon,” the attorney general said.