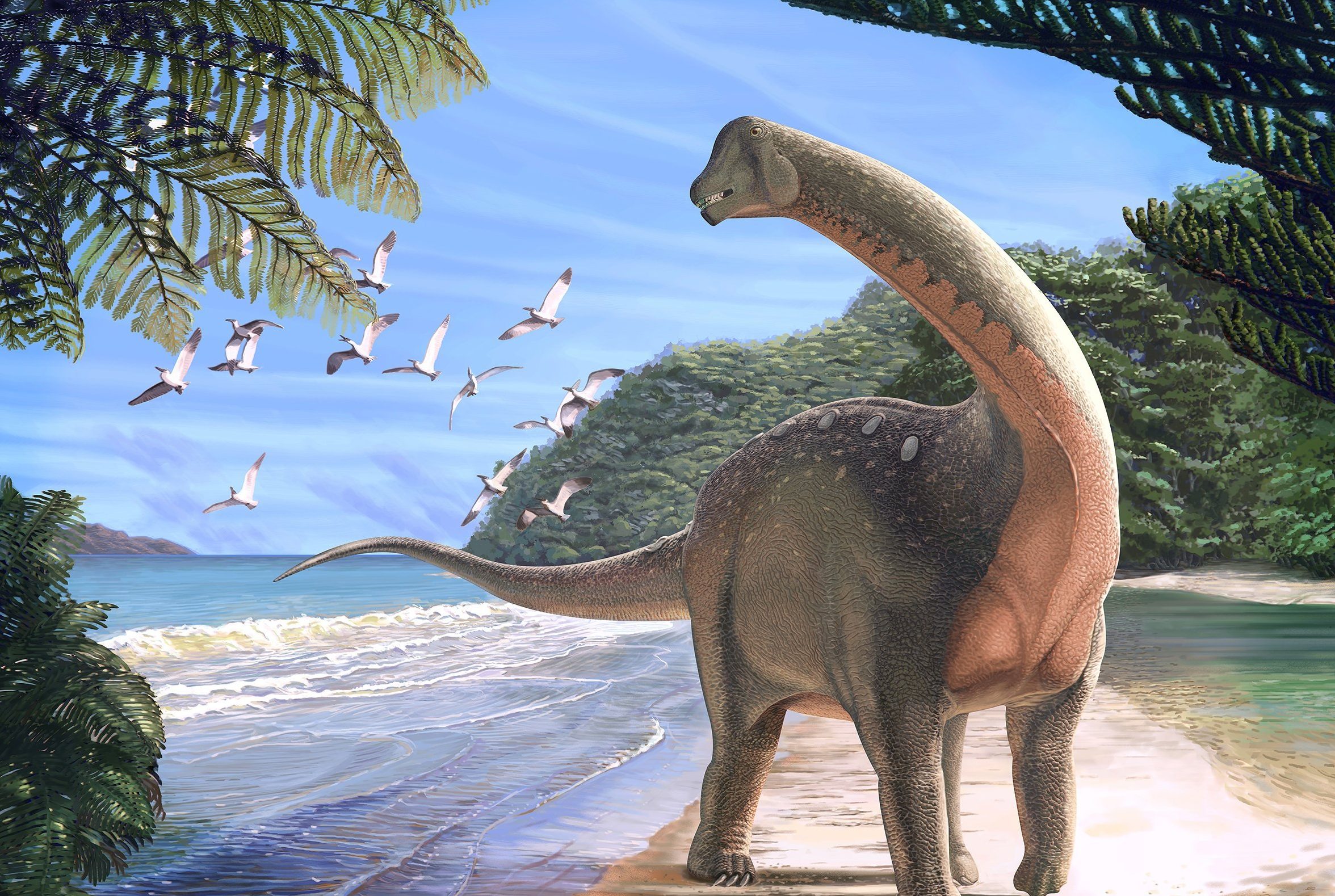 Scientists have discovered a new species of dinosaur — and it’s a big deal.

First, let’s talk size. The dino, Mansourasaurus shahinae, was the length of a school bus and about as heavy as an elephant, weighting in at around five tons.

That makes it a part of a group of dinosaurs known as the Titanosauria, which includes the largest land animals known to science.

But what’s even more remarkable about this discovery is what it says about the evolution of dinosaurs.

This species was found in Egypt. For more than 250 years, most dinosaur bones have been found in Europe, North America and Asia. Scientists haven’t had much luck digging up and documenting fossils in Africa. And that means the course of dinosaur evolution there isn’t well understood.

“When I first saw pics of the fossils, my jaw hit the floor,” dinosaur paleontologist Matt Lamanna said in a statement from the Carnegie Museum of Natural History.

He’s one of the coauthors of a paper published Monday in the journal Nature Ecology and Evolution that names the new species.

“This was the Holy Grail — a well-preserved dinosaur from the end of the Age of Dinosaurs in Africa — that we paleontologists had been searching for for a long, long time.”

Here’s why this is remarkable:

At one point, the continents of the world were all connected as one supercontinent called Pangaea.

During the Cretaceous Period, the continents began splitting apart, eventually ending in the configuration we see today. Temporary land bridges connected them.

What scientists want to know is: when this happened, how cut off were the animals in Africa, and how were they evolving in their own tracks?

The Mansourasaurus sheds some light.

The fossilized remains were discovered in the Sahara by an expedition led by Hesham Sallam of the geology department at Egypt’s Mansoura University.

The Mansourasaurus had a long neck, ate plants and had bony plates in its skin.

What Sallam’s team determined is that the Mansourasaurus is closely related to the dinosaurs found in Europe and Asia rather than those in South America or even parts of southern Africa.

This meant that at least some dinos could move between Africa and Europe.

“Africa’s last dinosaurs weren’t completely isolated, contrary to what some have proposed in the past,” Eric Gorscak, a contributing author on the study, said in the Carnegie Museum of Natural History statement.

“There were still connections to Europe.”

Since so little is known about African dinosaurs, and this discovery is just one piece of the puzzle — maybe even a corner piece, said Gorscak.

“It’s like finding an edge piece that you use to help figure out what the picture is, that you can build from.”