VIRGINIA BEACH, Va. - The  Virginia Beach Fire Department is asking the public for help to get information after a house fire.

Officials believe the fire was intentionally set just after 5 a.m.

The VBFD was called to the scene in the Carolanne Farms section of the city in the 5300 block of Challedon Drive.

They saw heavy smoke and flames coming from both the first and second story of the vacant home, officials said.

The fire was so large that a Norfolk fire engine was also sent to the scene.  Heat from the burning house was so intense that the vinyl siding on the left, gable end of the house next door was damaged.

Firefighters alerted the resident of that house and temporarily evacuated that person along with a dog from the home.

Quick response and an aggressive attack on the burning home prevented any more damage to the next door home and the occupant was allowed to return.

The house where the fire started was a vacant home.

Officials said there were no civilians or firefighters injured.

Firefighters are asking anyone with information to call the Crime Line at 1-888-LOCK-U-UP. 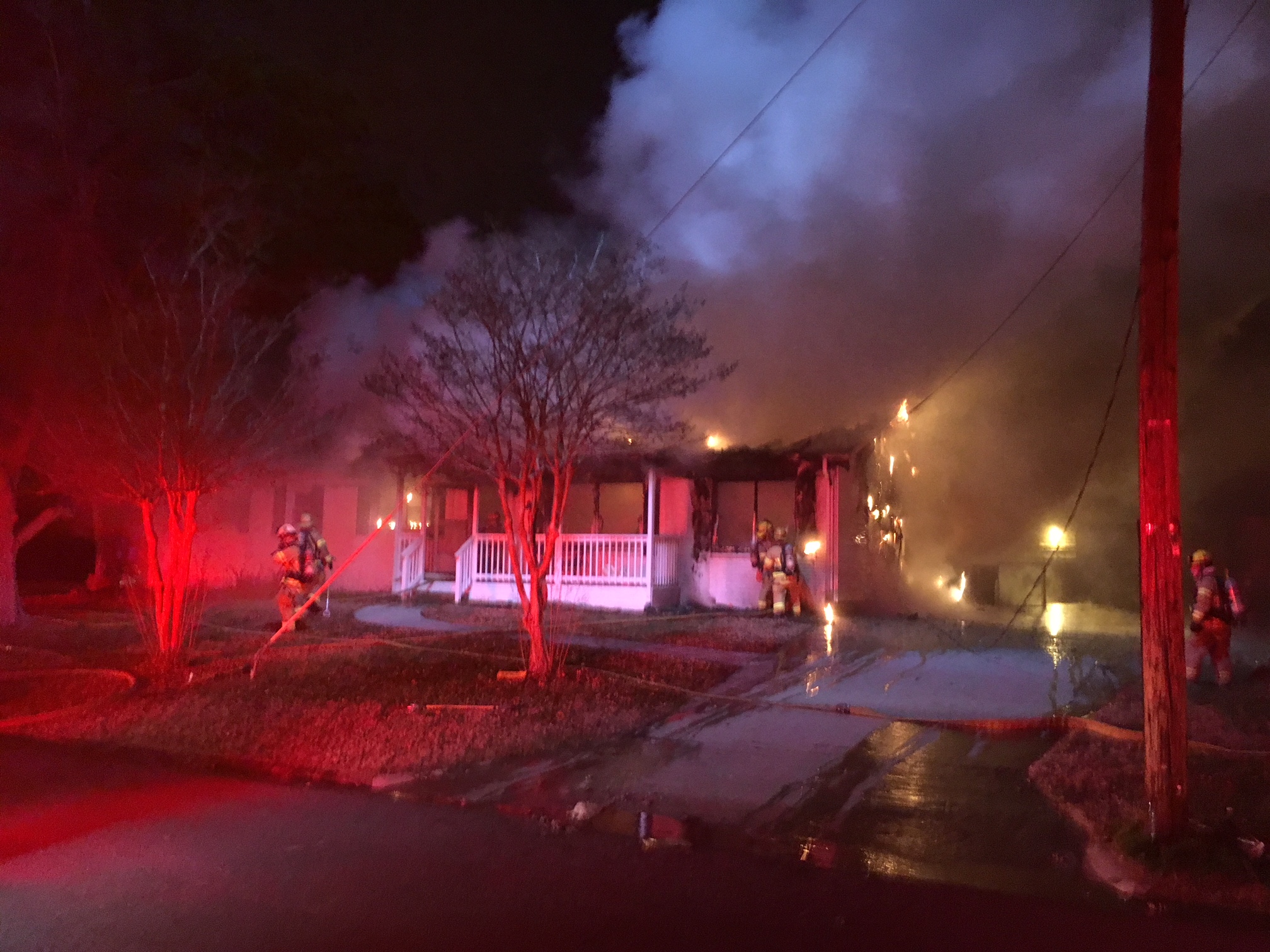