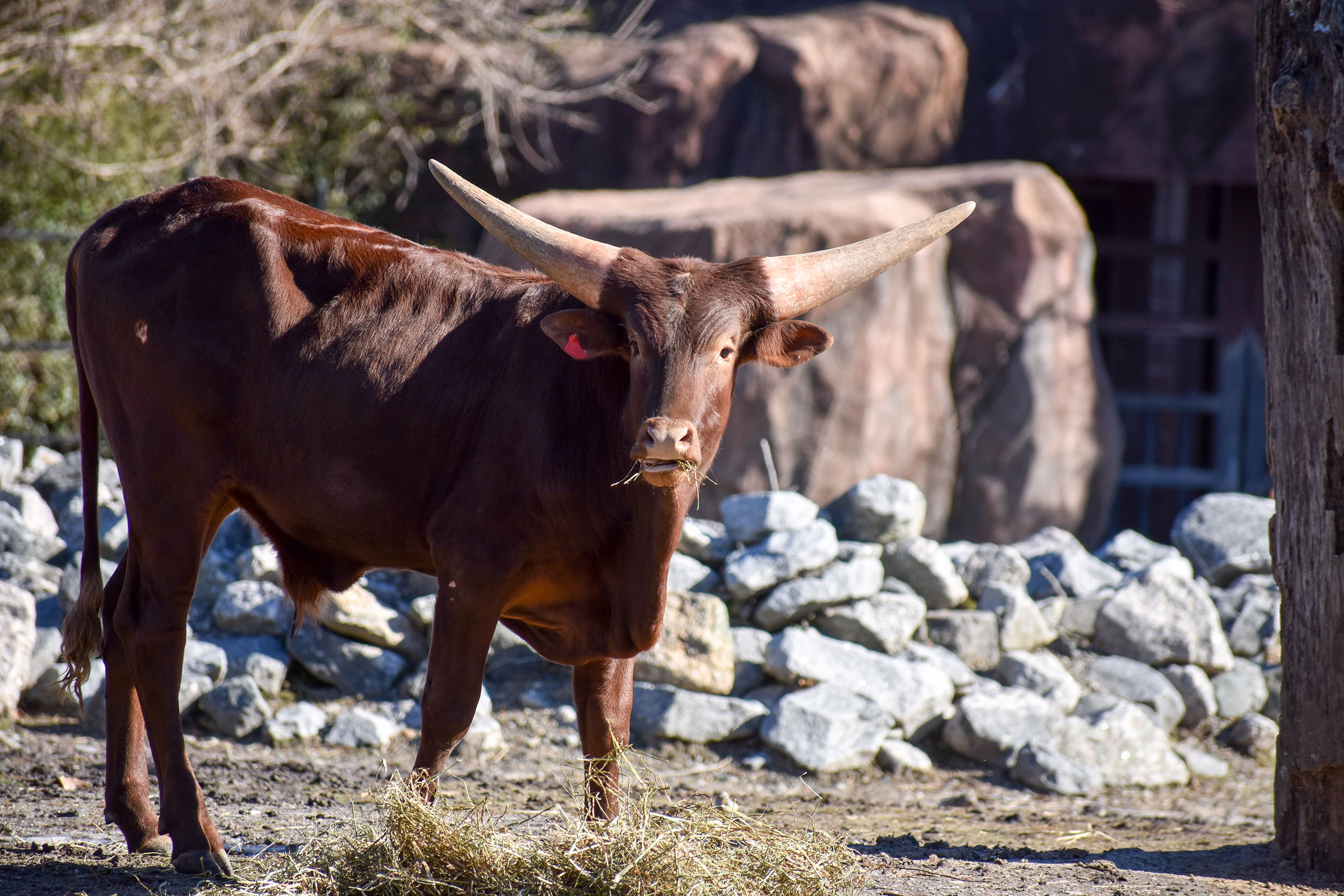 “This is a great opportunity to watch this captivating species grow up, right in your own backyard,” said Greg Bockheim, Executive Director of the Virginia Zoo.

Zookeepers said Kamau and Khari’s arrival has piqued Gamba’s curiosity and that the three have been vocalizing to each other. All three of them will be on exhibit all week and will be introduced to the zebra next week.

The Watusi is a breed of cattle that is native to Uganda, Kenya and Rwanda. They are most known for their long horns that can span eight feet from tip to tip, which act as a cooling system. In November, the Zoo euthanized one of its Watusi, Diallo, after he developed a medical condition that caused abnormal growth in one of his horns.

You can welcome Kamau and Khari by visiting the Watusi exhibit in the Africa-Okavango Delta across from the Africa Village Cafe daily from 10 a.m. to 5 p.m.