Two other students, ages 11 and 12, suffered graze wounds, and a 30-year-old woman suffered a minor injury in the chaos after the shooting, police said.

The shooting was reported to Los Angeles police at 8:55 a.m. Police didn’t say what led to the shooting, and little information was released about the girl who was detained. City schools Police Chief Steven Zipperman said she was 12. She and witnesses were being interviewed, the chief said later. 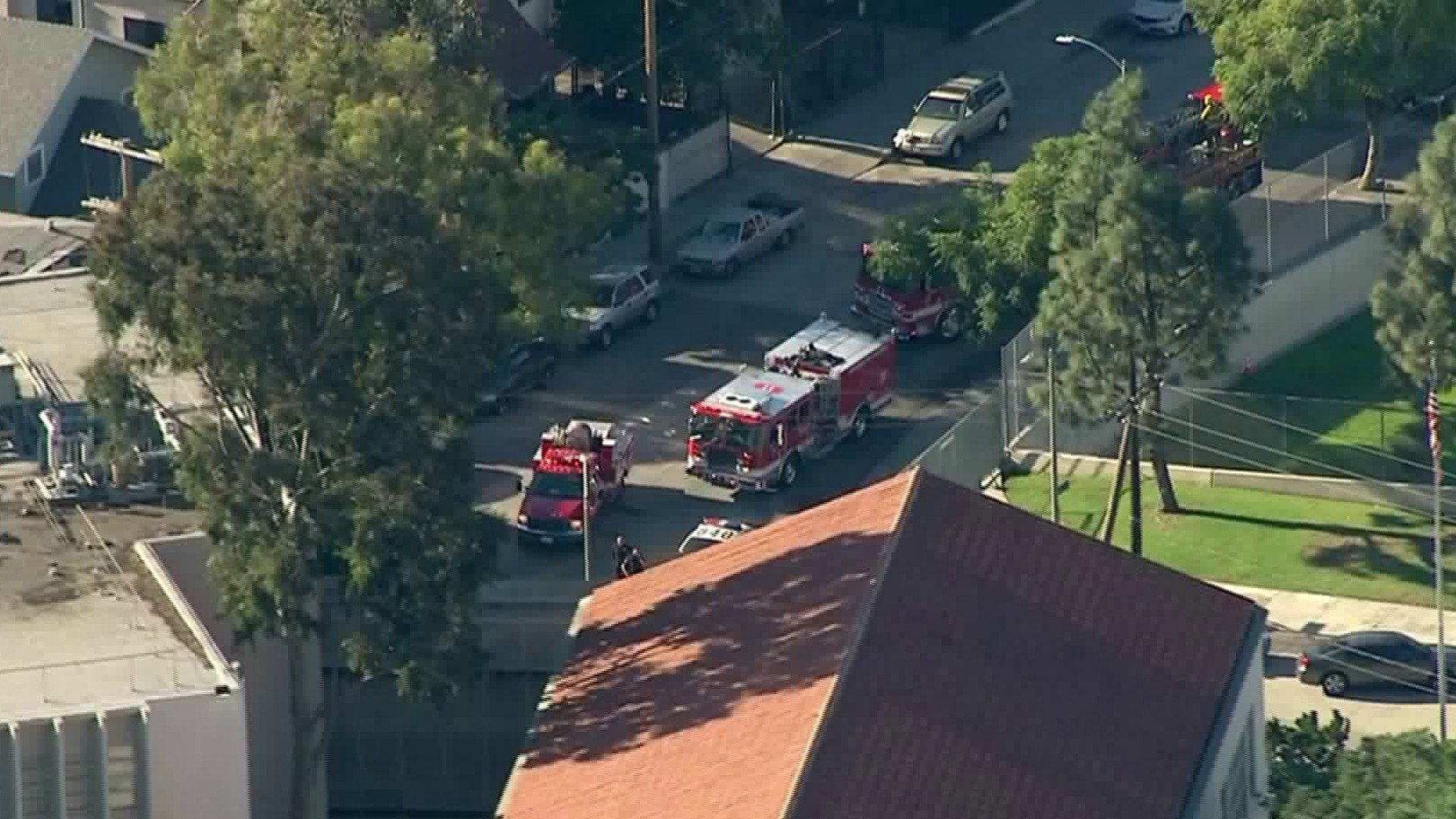 The shooting happened in an elective class with students from different grades, he said.

Police found and confiscated a gun at the scene, Los Angeles police Lt. Chris Ramirez said Thursday morning. At a second news conference, Ramirez said the weapon was a semiautomatic.

The boy who was shot in the temple was “extremely lucky” in that the bullet missed vital structures, said Dr. Aaron Strumwasser, a trauma surgeon. Doctors said they expect the boy to recover.

“He came in and was initially awake and alert and answering questions, but his condition did start to deteriorate somewhat … so the staff decided it was best to protect his airway, so he was intubated after arrival, and has been doing very well since that time,” said Dr. Carl Chudnofsky, chief of emergency medicine.

The student remains in intensive care.

The two other students were grazed by bullets, treated and released, Strumwasser said.

“They did not sustain anything significant,” he said.

She had been unable to reach her other son, who was in physical education class.

The motive for the shooting is under investigation, Ramirez said. Ramirez and Los Angeles police spokesman Drake Madison both said the girl in custody is a suspect.

Officer Tony Im, an LAPD spokesman, said the investigation is just beginning, but police have no reason to believe the shooting was an accident.

“I don’t think you can fire that many rounds and have it be an accident,” he said.

The school day continued, and students had the chance to talk to counselors about the shooting, said Vivian Ekchian, interim superintendent of the Los Angeles Unified School District.

“The school has been declared safe, and we are communicating with parents of students at Castro Middle School, as well as neighboring campuses,” she added.

There will be classes on Friday, she said at the second news conference.

Sal Castro Middle School is in the city’s Westlake district, a couple of miles northwest of downtown.

This is at least the third US school shooting in recent weeks.

On January 23, a student is accused of shooting 16 people — killing two — at western Kentucky’s Marshall County High School in Benton.

The day before, a 15-year-old student was injured in a shooting in the Texas city of Italy. A suspect, a 16-year-old male, was “apprehended within minutes,” city officials said.

#LAPD 15yr old boy was shot in the head, he is in stable but critical condition. 15yr girl shot in the wrist, she is in fair condition.