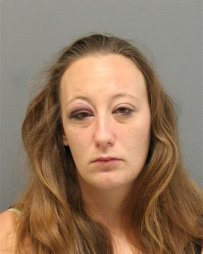 YORK COUNTY, Va. – Dylan Wright and Rachel Walters were sentenced in a York County courtroom on January 25 for attempting to conceal the body of a man who had overdosed.

The incident originally happened on July 7, 2016, when the York-Poquoson Sheriff’s Office responded to a report of a body in the woods near the 100 block of Theatre Road in Yorktown.

The body found was that of a 20-year-old Poquoson man who died from a drug overdose.

Both pleaded guilty to concealing a dead body in court back on September 26, 2017.