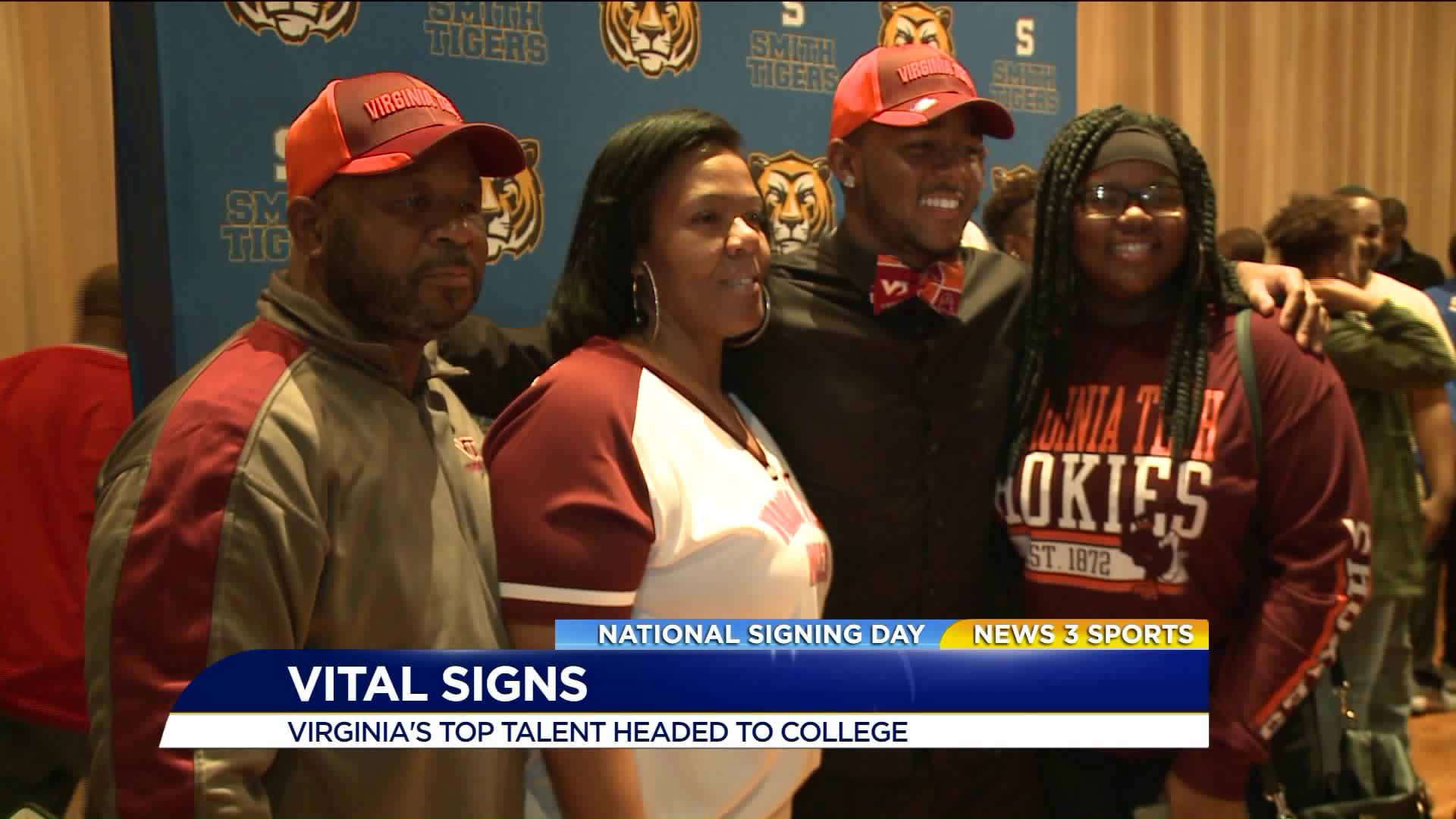 VIRGNIA BEACH, Va. - For some, February couldn't come soon enough. The others? Took the rare opportunity to be a spectator rather than signee on National Signing Day.

Princess Anne wide receiver Darryl Jones signed his scholarship to the University of Maryland back in December, during the NCAA's first-ever early signing period.

"The whole recruiting process is exciting," said Jones. "It felt good to be recruited highly, I go to a public school, that doesn't happen often."

Maryland has scooped up some of the heralded prospects in Hampton Roads over the last two recruiting cycles. In 2017, it was Tahj Capehart and the Gaddy twins. This cycle, it was Tyler DeSue, Jalen Alexander (already enrolled this Spring), and Jones.

"Coach Beatty, that's my dog. We get along real great with the coaches," a gleaming Jones said. "I just like where D.J. Durkin is taking the program, I feel like it's going to be good next year with all of us coming in."