Virginia Beach woman thinks she has the flu, ends up in coma

VIRGINIA BEACH, Va. -  Audrey Leishman is a vibrant young woman. She's a loving wife and a compassionate Mom. That was until her body began to suddenly die.

"I went from being 100 percent healthy to 95 percent dead," said Leishman.

It was April 2015 and Marc, a professional golfer, was out of town at the Augusta Masters. He raced home to be by her side. Audrey nearly died from Toxic Shock Syndrome, Acute Respiratory Distress Syndrome and sepsis. Being 31 years old and working out four times a week, Audrey was the epitome of health.

"I started to feel ill on Sunday night. I went to dinner at a friend’s house and couldn’t eat my dinner. Later on that night I was laying in bed and got the rigors and I was shaking. I was so cold but I was burning up," Audrey recalled.

The next day, Monday, her stomach started to hurt. However,  she still wasn't too concerned. She thought she had the flu and would recover on her own.

"Tuesday, I wasn’t improving. I started developing some pain in my joints, which ended up being reactive arthritis. Then I started to get scared when my nose started to bleed," said Audrey.

Her friend made her to go the doctor and then she was admitted to the hospital Tuesday night.

"I remember very much on Wednesday struggling to breathe and that is still the scariest thing I've ever been through and I hope to never go through something like that again," said Audrey. "Thursday about 5 in the morning was when I was placed in the coma."

A few days later, Audrey woke up with no idea of how long she'd been in a coma. She said fortunately, she was only in the hospital for a few more days before being discharged. It wasn't until she was going through her medical records when she realized how close to dying she came.

"Knowing just how lucky I am. One, I’m alive. Two, I kept all my limbs and three I'm healthy enough to give back," said Audrey.

That horrible experience wasn't without reason. Audrey and Marc started the Begin Again Foundation.  One of the programs in the foundation helps survivors of sepsis and Acute Respiratory Distress Syndrome with one time, $1,000 grants. Receivers can use that money toward whatever their most pressing needs are.

"I don't ever want to become a scare tactic person. I don't want people to think every infection is going turn into sepsis, but I want them to know it can turn into sepsis because if you know that you're going to be more vigilant," said Audrey. 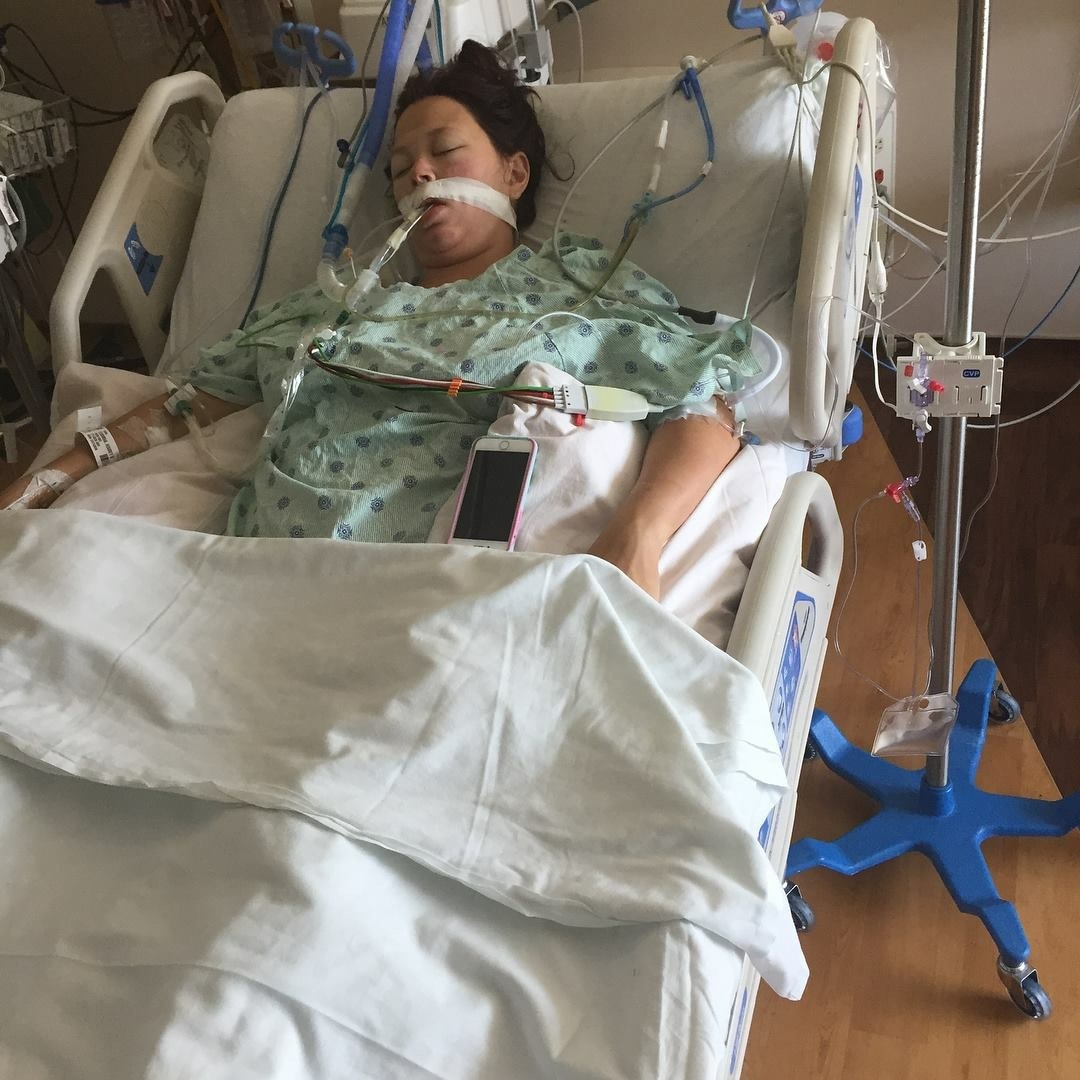 Dr. Dennis Szurkus from Sentara said, "One thing that I really emphasize to my patients is to listen to your body. Listen to your family members."

He said some sepsis symptoms include a high or persistent fever, rigors or the shaking feeling from that fever, pale skin, feeling dehydrated or having a fast heart rate for no reason.

"One of the best analogies I heard about sepsis is instead of sending out the Navy SEALs to fight the battle, it sends out the entire U.S. Army," said Audrey.

"One thing to know is sometimes sepsis is the body doing an excellent job at fighting infection. In the process, their immune system really revs up and all the natural chemicals to combat the flu can cause inflammation throughout the body and lead to sepsis," explained Dr. Szurkus.

It took Audrey a year and a half to two years to start feeling like herself again. Her two young boys are now joined by a baby sister. Audrey credits an incredible team of doctors, most from Sentara with helping her heal and recover the way she did. She said she had to develop a new normal since she couldn't do a lot of the things she was used to.

She has a new "Leish" on life and hopes to continue spreading awareness and helping survivors the best she can.

"Sepsis can hide. It mimics the flu. That’s the first symptoms are flu-like symptoms. When you’re hearing about the flu its hard to know what the difference sand when to be concerned and when to ask.  People are doing the best the can, but you do know you own body and so if you feel like 'hmm this doesn’t feel quite right, this isn’t just the flu' it’s important to ask, could this be sepsis?"