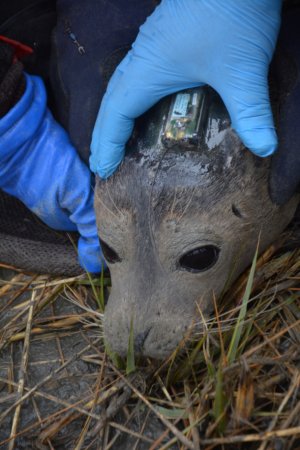 VIRGINIA – The Navy is working with a different kind of seal than what it’s used to.

For months, team members from a variety of groups – including the Atlantic Marine Conservation Society, the Virginia Aquarium and more – planned the project to successfully tag seals in the Old Dominion State.

According to the team, the Navy has been interested in tagging harbor seals due to a limited understanding of their habitat use in the mid-Atlantic. Navy training and testing activities also take place in areas that likely overlap with harbor seals in the region, making it important for the Navy to assess any potential impact military activity may have on the animals and their habitat.

Satellite tags track and transmit the seals’ location, dive behavior and environmental data, which will be used for habitat and home range modeling and creating maps of the seals’ movements.