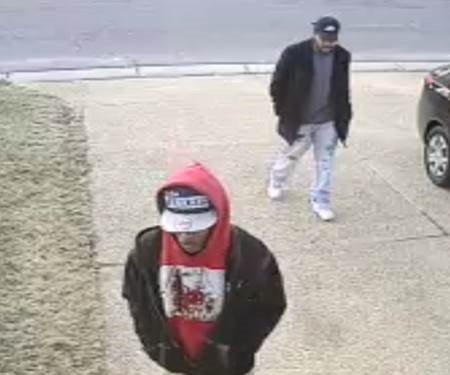 YORK COUNTY, Va. – Deputies of the York-Poquoson Sheriff’s Office are looking for two men, one of which is a suspect in an attempted burglary.

Officials say that around 9 a.m. on January 25, the suspect entered a home in the 100 block of Little Bay Avenue through a window.

This is when investigators say that a victim in the home saw the suspect. The suspect then pulled a firearm on the victim before fleeing the scene.

Deputies were able to pull video from a home security system, which showed two men walking up the driveway of a home in a nearby neighborhood prior to the burglary that deputies were called to.

The suspect who deputies believed allegedly entered the home was wearing a red hoodie with a black and grey Yankees baseball cap at the time of the burglary.

The York-Poquoson Sheriff’s Office would like those with any information about either subjects to please contact them at 757-890-4999 or Crime Line at 1-888-LOCK-U-UP. Please reference case number 1800317.