NEWPORT NEWS, Va. - The Newport News Police Department is investigating a deadly shooting in the 800 block of Lassiter Drive Tuesday.

At the scene police told News 3 they are investigating the incident but a concerning fact was that this was a time in which many children were outside getting home from school.

"It's a scary fact that you could have kids getting off the bus walking around the neighborhood and you have gunshots going off. That's a problem," said Officer Brandon Maynard.

News 3's Margaret Kavanagh said that several neighbors were distraught and hugged one another as Bowles' body was being driven away. At one point two men were put into handcuffs and taken away, but it is unclear who they were.

Maynard told News 3 this is the third homicide in Newport News this year and called the violence a problem, calling on anyone in the community who has seen or heard anything to come forward.

"No person deserves to take the life of another," Maynard said. "It's at each and every homicide... and we really want to solve them, bring closure to us and the family."

This incident is being investigated as a homicide.

Police have not released any suspect information at this time. 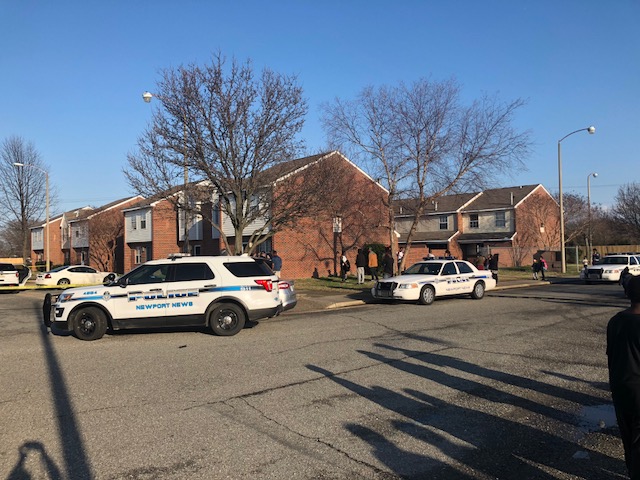