Parkland congressman: ‘It’s not too soon, it’s too late’ to talk about gun control

Rep. Ted Deutch said “it is too late” to be having the conversation about gun control after 17 people were killed last week in the school shooting in Parkland, Florida.

Deutch, a Florida Democrat who represents the district where the shooting took place, made the comments during the CNN town hall “Stand Up: The Students of Stoneman Douglas Demand Action” on Wednesday night in Sunrise, Florida. 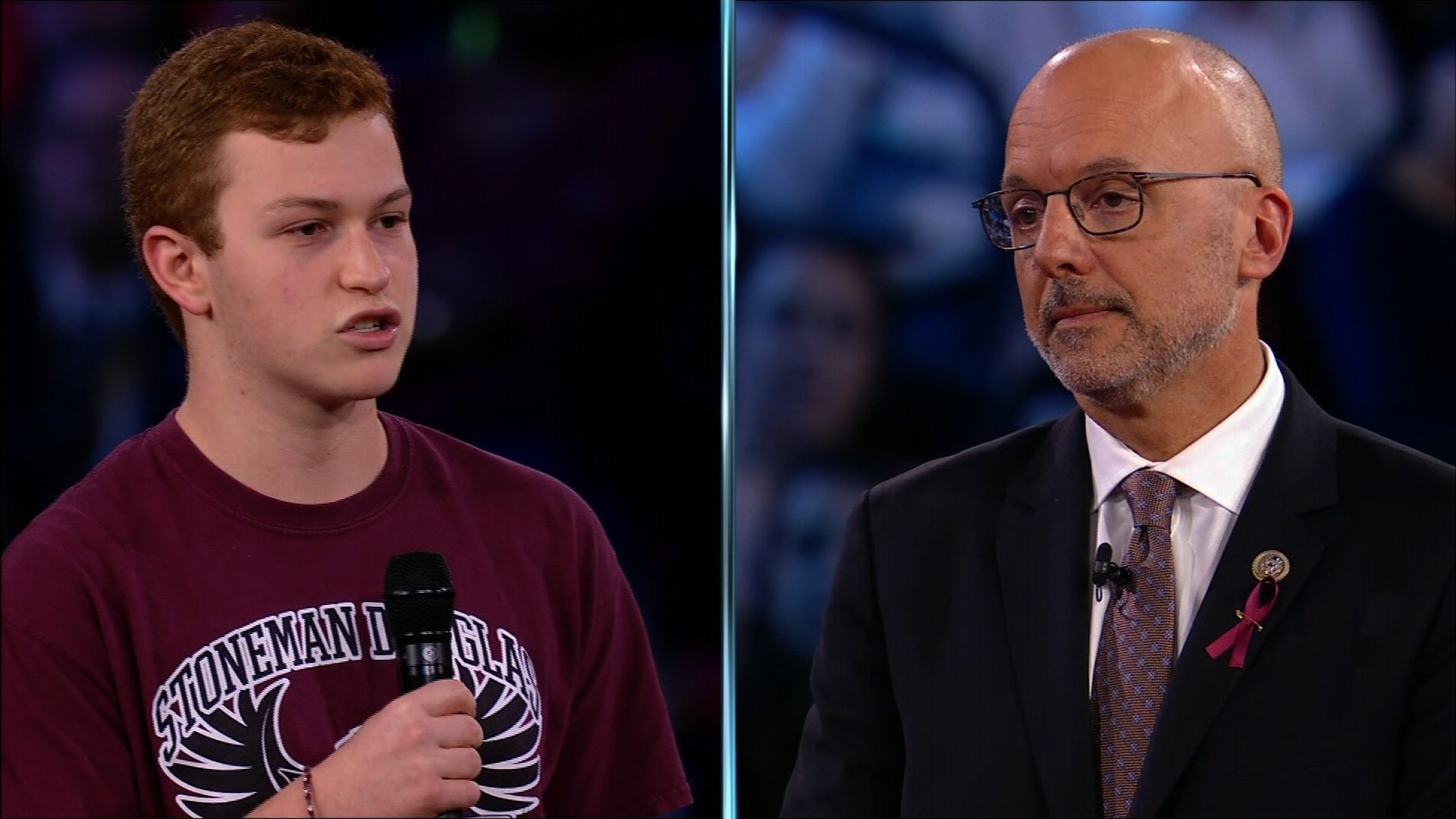 Students and families affected by the Parkland shooting were able to ask questions about gun control and measures to prevent more mass shootings.

The town hall came after students and family members from Parkland and from Newtown, Connecticut, where 26 people were killed by a gunman at Sandy Hook Elementary School in 2012, went to the White House for a listening session earlier Wednesday with President Donald Trump and members of his administration.

Trump floated the idea of arming teachers and school staff, which was met with support from many of the attendees.

“If you had a teacher who was adept with the firearm, they could end the attack very quickly,” he said, stating that schools could arm up to 20% of their teachers to stop “maniacs” who may try to attack them.