Florida Republican Sen. Marco Rubio said Wednesday he would support legislation to prevent an 18-year-old from buying a rifle and that he is reconsidering his support for large-capacity magazines.

“I absolutely believe that in this country if you are 18 years of age, you should not be able to buy a rifle, and I will support a law that takes that right away,” Rubio said at CNN’s town hall in Florida.

While defending his opposition to gun control legislation, including an assault weapons ban, and facing frequent jeers from the crowd filled with Parkland school shooting survivors and community members, Rubio told questioners that he supports gun violence restraining orders and that a ban on magazines with large amounts of ammunition could have saved lives in the Parkland shooting.

At the town hall, Rubio faced Fred Guttenberg, whose daughter Jamie was murdered during the Marjory Stoneman Douglas High School shooting last week, and stood by his opposition to the assault weapons ban. 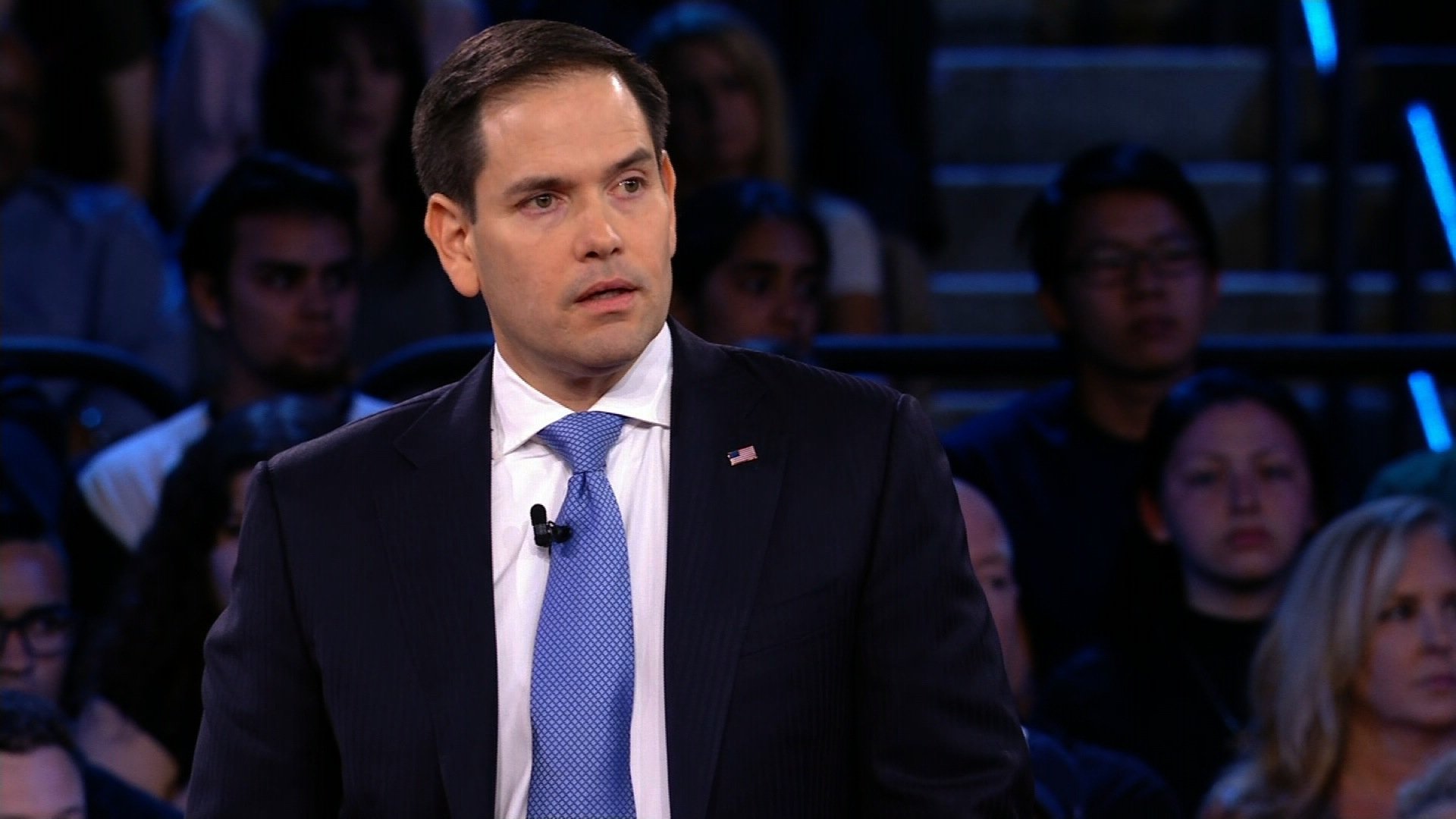 Guttenberg asked Rubio to look him in the eye, to acknowledge the role guns played in his daughter’s death and then promise that he would do something.

The crowd booed Rubio as he began to reply, “The problems that we’re facing here today cannot be solved by gun laws alone.”

Guttenberg pressed, asking, “Were guns the factor in the hunting of our kids?”

Rubio said, “Of course they were,” and said he would support a law that takes away the ability of an 18-year-old to buy a rifle. Earlier Wednesday, Arizona Republican Sen. Jeff Flake came out in favor of a bill to raise the age to buy AR-15-style rifles.

Rubio said he also supported the banning of bump fire stocks, which allow semi-automatic weapons to fire like automatic weapons, and a bolstered background check system. But as he continued, Rubio said he believed Guttenberg was asking about the assault weapons ban and stood by his opposition to it.

“If I believed that that law would have prevented this from happening I would support it, but I want to explain to you why it would not,” Rubio said.

Guttenberg pressed again, “Senator Rubio. My daughter, running down the hallway at Marjory Stoneman Douglas, was shot in the back with an assault weapon — the weapon of choice. OK? It is too easy to get. It is a weapon of war. The fact that you can’t stand with everybody in this building and say that, I’m sorry.”

Rubio said he believed Guttenberg was telling the truth and that someone like the alleged killer should not have had access to any firearm, but that the assault weapons ban was too easily circumventable and poorly crafted.

“I believe that someone like this individual and anyone like him shouldn’t have any gun,” Rubio said. “Not this gun, any gun, but I want to explain to you for a moment the problem with the law that they call the assault weapons ban.”

Asked about what progress might be made in the wake of the shooting — the day after the Florida Legislature refused to debate a ban on some semiautomatic weapons and large-capacity magazines, Rubio said he backed the state implementing a gun violence restraining order system.

He said a system where worried family members could move to have a person temporarily lose their gun rights would be a step he would support to prevent future massacres, and that he hopes Florida will pass a system into law.

Chris Grady, a student who said he had recently enlisted in the military, asked Rubio if the senator would support restrictions on “large-capacity magazines.”

Rubio acknowledged that he had not in the past supported looking at magazine clip size, but was “reconsidering that position.”

“I’ll tell you why,” Rubio said. “Because while it may not prevent an attack, it may say lives in an attack.”

Rubio added that he did not want to get ahead of law enforcement in speaking about details of last week’s school shooting, but that “three or four people might be alive today.” Rubio said that while he did not yet have a firm position on what should change, he was open.

“I don’t know what the right number is,” Rubio said. “We’ll have to get into that debate. But that is something that I believe we can reach a compromise in this country and that I’m willing to reconsider.”