Behind the making of Aspetto Inc.’s bulletproof clothing

FREDERICKSBURG, Va. - Widespread devastation across the country. These haunting scenes have now become America's sad and gut-wrenching truth. Mass shootings have happened in many areas across the country and have left many with uneasy feelings.

That's where Abbas Haider and Robert Davis come into play.

"Right after the Vegas shooting, I remember clearly that we had a grandma reach out to us saying that she didn't feel comfortable going to the grocery store. She wanted a ballistic sweatshirt," says Abbas Haider, CEO of Aspetto Inc.

"Here in Fredericksburg, we make all of our garments for ballistics and non-ballistic wear. So, we're constantly moving. There's carriers of nylon going out as well as high end Italian fabrics going out the door," says Robert Davis, COO of Aspetto Inc.

Their brand is called Aspetto - meaning appearance in Italian. But, the concept is much deeper than looks. They're bringing peace of mind to clientele by combining both armor and clothing all in one. 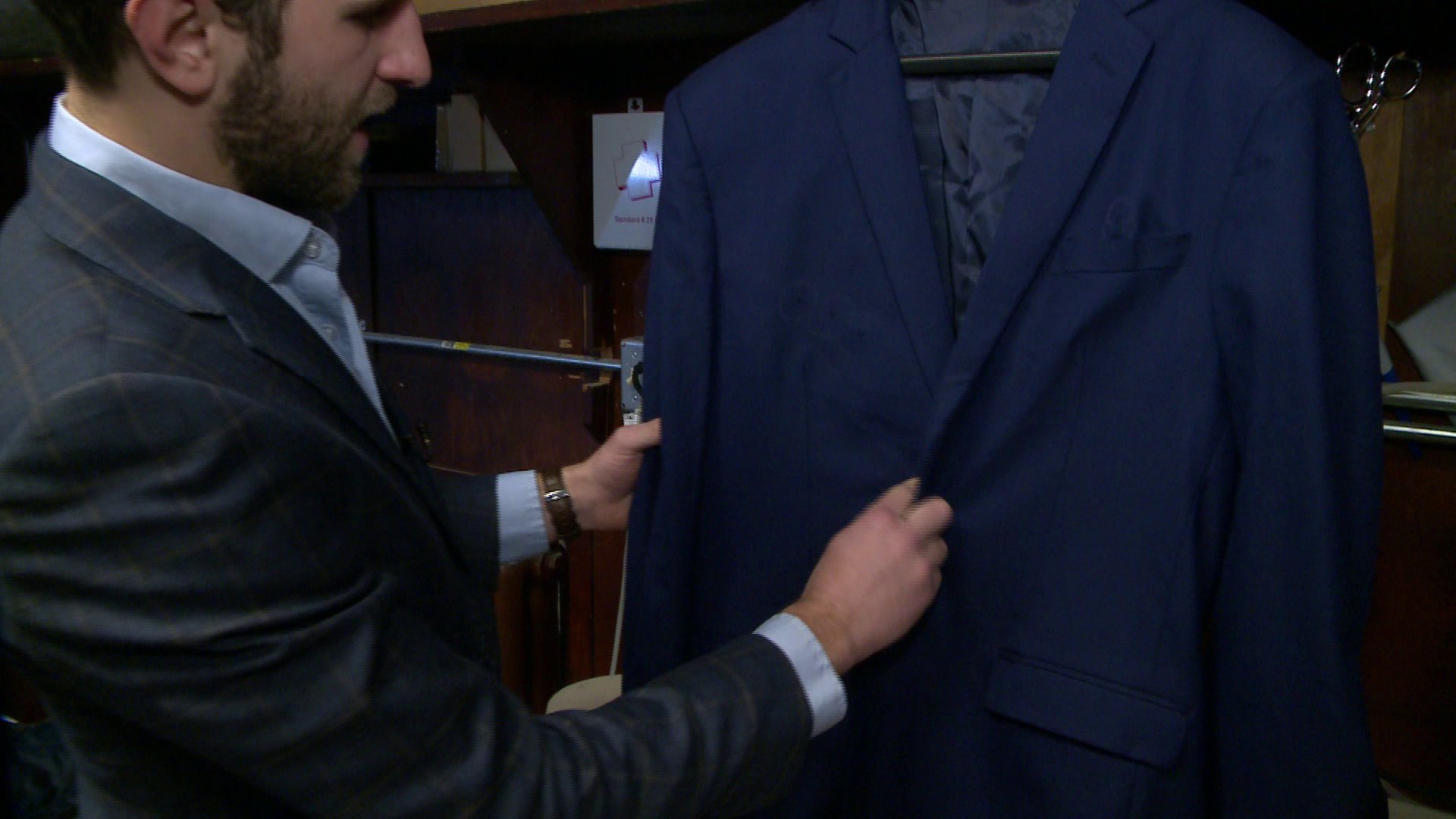 “It looks very clean. It’s well draped - like an every day suit - and that’s what we would go for a clandestine, low profile ballistic suit," says Davis.

“I had a teacher recently who reached out to me and said she wanted a ballistic jacket during recess time when she goes out with the kids on the playground. We get the saddest requests," says Haider.

Those requests go from oil executives, politicians, foreign dignitaries and also your average, every day people - like teachers and loved ones - who just want to feel protected and safe in every day life.

Fine details intricately woven and stitched with high tech bulletproof gear. The wearable technology takes about ten weeks to customize and can cost anywhere between $2,500 to $10,000.

“We want it comfortable. We want it to look and feel good on you. We’re not just making a suit with ballistics in it, we’re making a product that literally can save your life," says Davis.

Two years ago, both Haider and Davis received an email that would leave an impact for life.

"Saying that an officer, an undercover officer was wearing your ballistic t-shirt in Guatemala and he was shot three times with a 9mm Uzi and he survived unharmed," says Haider.

News 3 wanted to get behind the material and see for ourselves just how bullet proof the brand's clothing is. We took three shots to a mannequin's chest. After careful examination, there was not a single trace of contact piercing through.

Haider and Davis both say it's a feeling indescribable - saving lives so loved ones can get back home to their families.

They're protective timeless pieces aimed at restoring balance in a world that desperately needs it.