American Heroes: Life at Sea takes you behind the scenes into Sailors’ lives on a ship

NORFOLK, Va. - The most powerful Navy in the world docks here in Norfolk. 11 nuclear powered aircraft carriers, thousands of helicopters and jets along with all the sailors who keep them operational.

The United States Navy does more than just protect our country and keep the oceans open to trade, they provide humanitarian assistance to countries who have been hit by hurricanes or other natural disasters.

Of course, their main function is to protect our freedom.

"You would rather not get into a fight but in order to do that you need to provide a credible threat," said USS Abraham Lincoln Commanding Officer, Capt. Putnam Browne.

News 3 got to do what only about 1% of the world gets to do; we flew out to an aircraft carrier in the middle of the ocean as they were performing flight ops.

Pilots have to train day and night to get their qualifications up to snuff so that when duty calls, they are ready to respond.

While on board the ship we watched jets do touch-and-go operations, catches, and night landing.

Aircraft, however, is just part of the Navy. Many of the crew members work inside the carrier itself. Steering the ship, keeping watch, dropping the anchor, etc. All key jobs that local sailor Jonathan Kaopio does day in and day out.

"That's one thing I love about my job," said Kaopio "We do everything and it keeps me going, keeps me occupied." Born and raised in South Norfolk, Kaopio is a Boatswain's Mate. Not only does he have duties on the ship, but says it is his home away from home.

The sights and sounds on deck are nothing like you have ever seen. "We see whales, seat turtles bigger than me, we see dolphins a lot and flying fish which I thought was a myth but that`s real and its cool, everything you see out here is really cool," said Kaopio.

The magnitude of the ship is mindboggling. It towers 20 stories above the waterline with a 4.5-acre flight deck. It is also 1,092 feet long - nearly as long as the Empire State Building is tall.

It is powered by four bronze propellers, each 21 feet across and weighing more than 30 tons.

The total weight: 90,000 tons! It holds 700,000 gallons of fuel and can generate thousands of gallons of water, purifying it from ocean water into drinking water.

It is a floating city, but also one big team. Sailors at sea say the camaraderie is what gets them through but the pride keeps them focused. 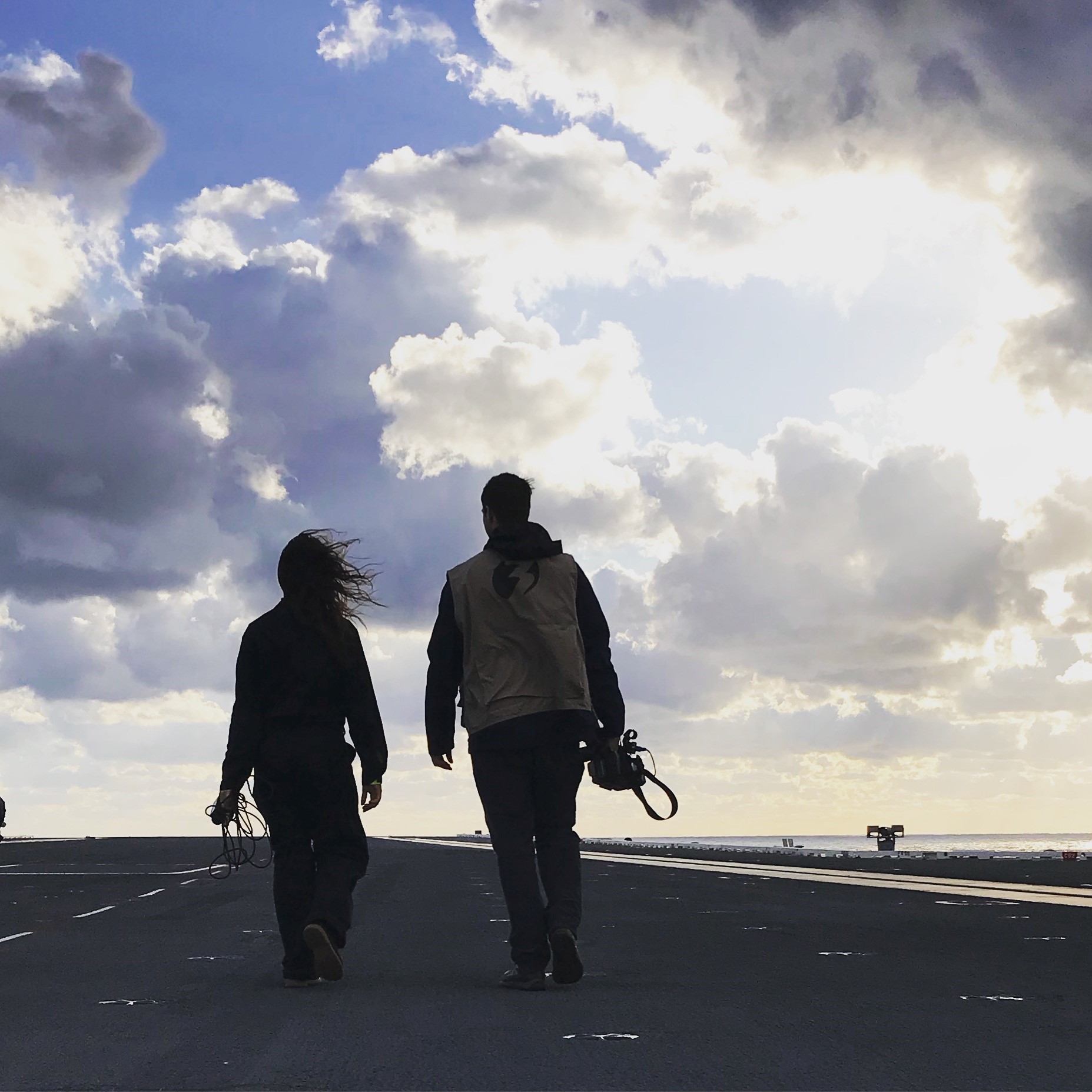