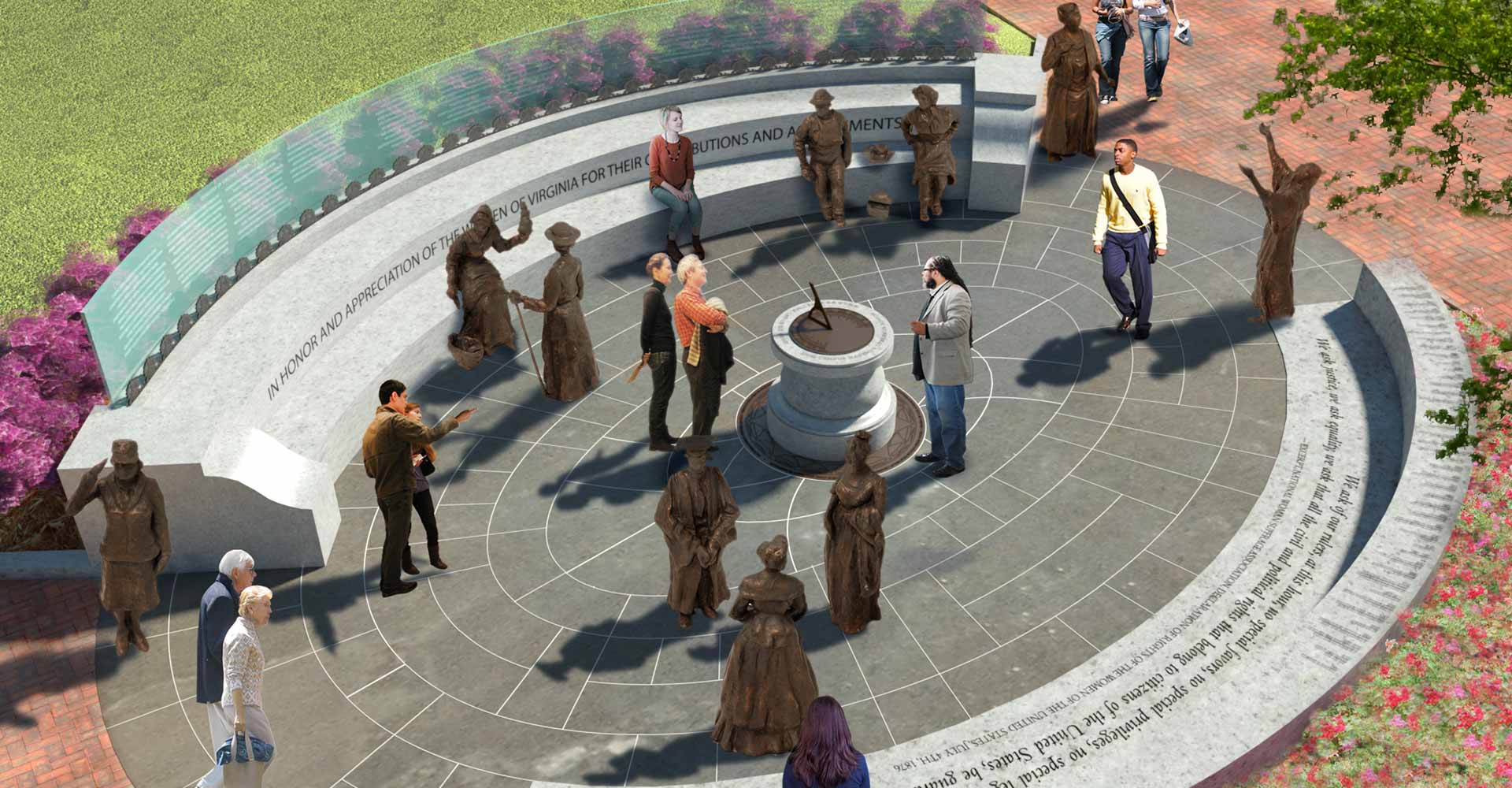 RICHMOND – Construction likely will begin this summer on the state Capitol grounds for a monument honoring Virginia women.

The executive committee of the Women of Virginia Commemorative Commission was briefed Wednesday on the timetable for the project, which will feature bronze statues of a dozen historically significant women of various races and backgrounds.

Holly Eve, an administrator in the Virginia Department of General Services, and her assistant, Charles Bennett, told the panel that the construction phase is drawing near.

“I am pleased to report that we have received the permits. The general contractor can now start procuring materials and start the shop drawing phase,” Bennett said. “We should start seeing materials arrive on-site early in the summer.”

The Virginia Women’s Monument, titled “Voices from the Garden,” will be built on the western side of Capitol Square at the top of the western sloping dell.

The commission broke ground on the first phase of the project – the memorial plaza – on Dec. 4. The monument is expected to be completed by October 2019.

State officials said the monument will cost about $3.5 million and will be paid for with private funds. So far, the Virginia Capitol Foundation has raised more than $2.1 million in contributions and pledges, according to figures circulated at Wednesday’s meeting.

According to the commission’s website, the monument “will acknowledge the genius and creativity of Virginia women and their presence and contributions to the Commonwealth. The monument is a metaphor for the often unrecognized voices that have been responsible for shaping our culture, country, and state for over 400 years.”

The commission says the monument would be the first of its kind in the nation recognizing the full range of women’s achievements. The project will feature an oval-shaped garden with statues of:

During its meeting Wednesday, the commission discussed Senate Joint Resolution 85, which has passed the Senate and is awaiting a vote in the House. The proposal would make the Capitol Square Preservation Council’s architectural historian a member of the Virginia Women’s Monument Commission.

The resolution would also allow the governor, the speaker of the House of Delegates, the secretary of administration and the librarian of Virginia to appoint designees to serve in their place and grant ex-officio members voting privileges. Finally, it would ensure that the dedication of the monument be coordinated by the clerk of the Senate, the clerk of the House of Delegates and the secretary of administration.