Why India celebrates Holi: the legends behind the festival of color 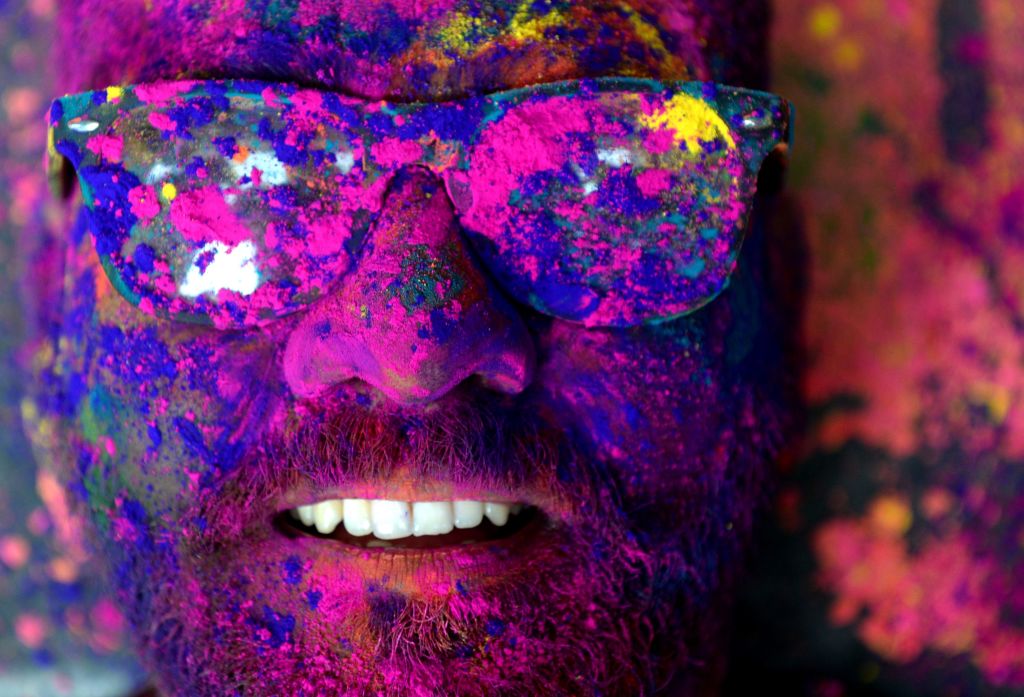 It’s the bold image of India most often seen in ad campaigns, films and music videos.

People coming together from all walks of life to sing, dance and splash their friends and family with colored powder and water.

Brands such as Sony and Canon have used the vibrant festival to showcase their products.

British Airways recently joined in the fun with cabin crew members celebrating in cities across India.

Even Chris Martin of the band Coldplay, though he irked some in the process, got involved in Holi traditions in the music video for “Hymn for the Weekend.”

But what is Holi and why do Indians celebrate it?

The beginning of Spring

Holi is a Hindu festival that marks the start of Spring.

Celebrated across India, it’s an ancient festival with the first mentions of it dating all the way back to a 4th century poem.

It was even described in detail in a 7th century Sanskrit play called “Ratnavali,” written by the Indian emperor Harsha.

“Witness the beauty of the great cupid festival which excites curiosity as the townsfolk are dancing at the touch of brownish water thrown … Everything is colored yellowish red and rendered dusty by the heaps of scented powder blown all over,” wrote Harsh.

How it looks today

Although a Hindu festival, Holi is celebrated by Indians across the country and is a great equalizer.

Children can douse elders with water, women splash men with color and the rules of caste and creed are briefly forgotten with everyone taking part.

The evenings are spent visiting friends and family.

A national holiday, it takes place on the last full moon day of the Hindu lunisolar calendar month, which is usually March.

The festival takes place a day earlier in the eastern states of West Bengal and Odisha. In some parts of northern Uttar Pradesh state, the festivities take place over a week.

The roots of the festival lie in the Hindu legend of Holika, a female demon, and the sister of the demon, King Hiranyakashayap.

Hiranyakashayap believed he was the ruler of the universe and superior to all the gods.

But his son, Prahlad, followed the god Vishnu, the preserver and protector of the universe.

Prahlad’s decision to turn his back on his father left Hiranyakashayap with no choice. He hatched a plot with Holika to kill him.

It was a seemingly foolproof plan; Holika would take Prahlad onto her lap and straight into a bonfire. Holika would survive because she had an enchanted shawl that would protect her from the flames.

But the plan failed. Prahlad was saved by Vishnu and it was Holika who died as she was only immune to fire if she was alone. Soon after, Vishnu killed Hiranyakashayap and Prahlad became king.

The moral of the story is that good always triumphs over evil.

The love story behind Holi

In modern day Holi celebrations, Holika’s cremation is often reenacted by lighting bonfires on the night before Holi, known as Holika Dahan.

Rangwali Holi takes place the next day and is an all-day affair where people throw and smear colored powder on each other.

The tradition of throwing colored powder and water is believed to originate from the mythological love story of Radha and Krishna.

Krishna, the Hindu god depicted with dark blue skin, is believed to have complained to his mother about Radha’s fair complexion.

To ease her son’s sadness, his mother suggests he Radha’s skin color by smearing her with paint. It’s believed that this is where the custom of smearing loved ones with color during Holi came from.